All adults and children older than six months should get a flu vaccine by the end of October 2018, the CDC says. (The American Academy of Pediatrics recently made a similar recommendation.) While the shot is still effective for those who get it later in the fall or winter, getting vaccinated before flu season is in full swing offers the best protection, the CDC says.

While the flu shot is not perfect — during last year’s brutal flu season, it was only about 36% effective — the CDC still recommends getting one, since they can reduce the chances of getting and spreading the flu and the severity of any illnesses that do occur. The flu shot also tends to be more effective in children.

The vaccine has also been tweaked for the upcoming flu season in hopes of targeting the viruses that are likely to circulate this year, according to the CDC. Both standard vaccines and nasal sprays are recommended for the 2018-2019 flu season.

The CDC’s vaccine reminder comes after a particularly intense flu season, which sent more than 30,000 people to the hospital and killed 180 children — the highest number recorded in any non-pandemic year since 2004, when the CDC began tracking pediatric deaths. While the CDC can’t predict what this year’s flu season will be like, it recommends vaccination as a preventive measure. Once flu season begins, people can also reduce the spread of illness by washing their hands frequently, staying home from school or work if they get sick and taking antiviral drugs if they come down with influenza. 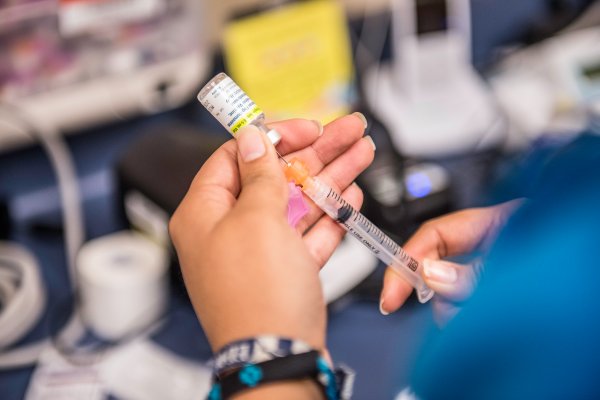 More Teenagers Than Ever Are Getting the HPV Vaccine, CDC Says
Next Up: Editor's Pick