Kerry Perry speaks at the Senate Commerce, Science and Transportation subcommittee hearing on 'Strengthening and Empowering US Amateur Athletes - Moving Forward With Solutions' in Washington on July 24, 2018.
MICHAEL REYNOLDS—EPA-EFE/REX/Shutterstock
By Alice Park

Kerry Perry, who was appointed president and CEO of USA Gymnastics at the beginning of the year to guide the struggling organization through a sexual abuse scandal involving national team doctor Larry Nassar, has resigned, effective immediately.

In a letter to its members posted on its website on Tuesday morning, Karen Golz, chair of the USA Gymnastics board of directors, said: “I am writing to tell you that USA Gymnastics President and CEO Kerry Perry informed our Board of Directors last night that she will resign effective immediately. On behalf of the board, I want to thank Kerry for her leadership under very difficult circumstances.”

Perry was brought in by previous board members who were in place during the many years that Nassar is accused of sexually abusing hundreds of gymnasts and athletes, from those he saw at his offices in Michigan State University to members of national, world and Olympic teams. The athletes say they were abused both at the national training center as well as in hotel rooms during competitions. He is currently serving an up to 175 year prison sentence in Michigan for sexual abuse charges.

Perry’s ouster was made more likely after U.S. Olympic Committee (USOC) CEO Sarah Hirshland questioned Perry’s response to the concerns of survivors. Hirshland said to USA Today Sports it was “time to consider making adjustments in the leadership.” USA Gymnastics, as well as the USOC, still face lawsuits by many gymnasts, including members of the 2012 and 2016 Olympic teams, for failing to protect them from Nassar.

They maintain that they reported Nassar’s abuse to USA Gymnastics well before he was fired in 2015, but that the organization failed to immediately report the abuse to law enforcement.

Although many of the board members and other people in leadership positions at USAG during Nassar’s tenure either resigned or were fired, many survivors continued to question Perry’s lack of firm leadership and reluctance to take responsibility for the scandal and USAG’s role in it. Last week, Perry appointed Mary Lee Tracy as head development coach for the women’s elite team, a decision immediately criticized by the sexual abuse survivors, including Olympian Aly Raisman, who noted that Tracy had publicly supported Nassar even after many had already come forward accusing him of sexual abuse. Three days later, Tracy said on social media that she was asked by USAG to resign after attempting to contact Raisman.

Throughout her nine-month tenure, Perry only addressed the media once about the Nassar scandal, at a press conference held during the U.S. National Championships in August. Survivors, including Kyla Ross and Madison Kocian, the latest Olympians to come forward reporting sexual abuse by Nassar, say they have not received any support or apology from Perry or the federation. USAG maintains they are not permitted to speak to the survivors who are still in litigation with the organization.

Perry did terminate USAG’s relationship with Bela and Martha Karolyi, both of whom served as the women’s elite team national coordinator. She also cancelled USAG’s previous agreement to purchase the Karolyi ranch, which had been named as the national training center by her predecessor, Steve Penny. But the decision to cancel the monthly training sessions at the ranch came after Olympian Simone Biles tweeted last January about her abuse at the facility, and her reluctance to continue training there. USAG also has a new Athlete Task Force which is supposed to provide athletes with more access to leadership at the organization, but no Nassar survivors are part of the group.

Raisman and others have been vocal about the need for a complete change at the organization. Members of the gymnastics community have taken to social media in the wake of Perry’s departure, noting that people directly involved with covering up for Nassar remain at the organization, including chief operating officer Ron Gallimore, who the Indianapolis Star reported helped to provide cover stories for why Nassar was no longer working with USAG.

USAG appointed a management committee to run the federation as it conducts a search for a new CEO. 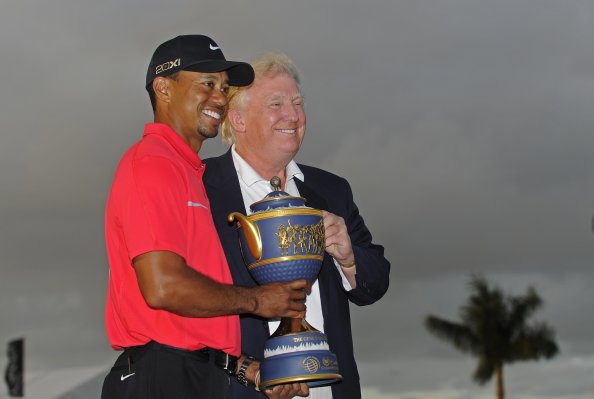 'You Have to Respect the Office.' Tiger Woods Deflects Questions About His Friendship with Trump
Next Up: Editor's Pick