Move Over Roger Federer. This Move Is the Real Upset at the U.S. Open 2018

The tennis world may be reeling over five-time U.S. Open champion Roger Federer’s unexpected loss to John Millman, ranked far below Federer at number 55, but fans at Arthur Ashe stadium know the real upset took place before the match—someone was spotted dipping chicken fingers into soda.

ESPN reportedly broadcast the abhorrent behavior during the Madison Keys-Dominika Cibulkova match-up at the Queens, N.Y. tennis championship on Monday afternoon and reporting the crime against chicken quickly overshadowed live commenting on the match on Twitter.

The woman’s preferred chicken tender pairing soon became the talk of social media, as she seemingly managed to gross out the entire internet with one dunk of deep-fried chicken. The offensive dipping picked up traction online as the shocking snack pairing went viral. Even trusted snack source @Faturday deemed it “mutant” behavior:

While this may be the first time Federer has ever lost to a player ranked outside of the top 50 at the U.S. Open, it’s also the first time that loss has been overshadowed by a chicken nugget. 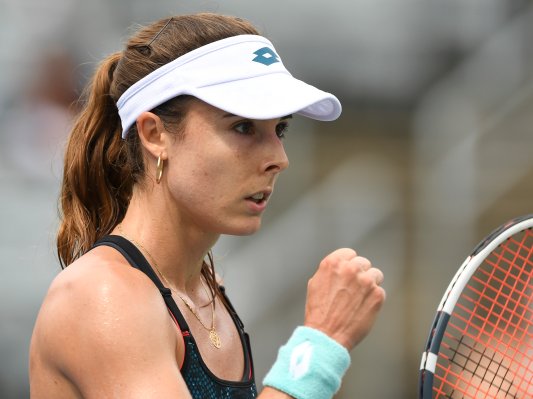 U.S. Open Criticized for 'Sexist' Double Standard After Alizé Cornet Was Penalized for Briefly Taking Her Shirt Off
Next Up: Editor's Pick