A Chinese Kindergarten Started the School Year With a Pole-Dance. Some Parents Did Not Approve

Students at a kindergarten in southern China started the new school year with an unconventional presentation: pole-dancing.

“The goal was to get the kids to learn more about one variety of dance,” said the school’s principal, Lai Rong, according to the New York Times.

Some parents were incensed, and criticized the judgement of school administrators on Sina Weibo, China’s popular Twitter-like microblogging platform.

“I really don’t want to know what the headmaster was thinking,” one Weibo user wrote, according to the BBC. “Nursery children should learn knowledge, but not too much knowledge!” said another.

According to an American parent of a student, the school closed the previous academic year with an unorthodox program of “military activities,” including “displays of machine guns and mortars at the door.”

Some parents have already withdrawn their children in protest, while the local education bureau in Shenzen’s Bao’an district has demanded the school investigate the incident and fire the headmaster, according to the BBC.

The school issued an apology, admitting that “there was a lack of comprehensive consideration of the contents of the performance,” according to the Times.

In videos shared on social media, however, the children appeared less interested in the exotic display than in the reunion with their classmates. 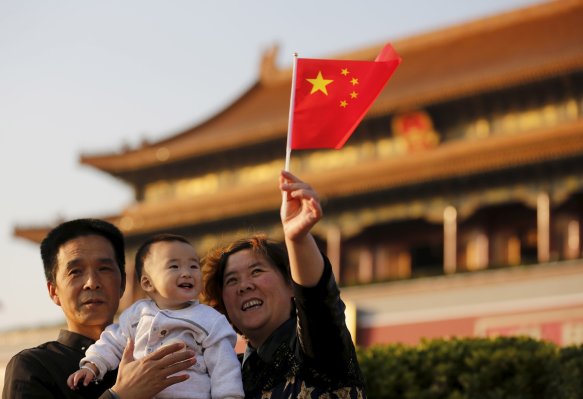