Standing on the grounds of Israel’s national Holocaust museum on Monday, Philippines President Rodrigo Duterte declared Adolf Hitler “insane,” a jarring turnaround for a man who has previously likened himself to the Führer.

Duterte, who is on his first trip to Israel, lamented the genocide of 6 million Jews during World War II while he toured Yad Vashem, according to the Philippine Star.

Previously, Duterte has favorably compared his extermination of drug dealers with the Nazi’s killing of Jews. Two years ago, he stirred controversy when he said he was pleased by critics who called him a “cousin of Hitler” since he would “be happy to slaughter” millions of drug users. He later apologized for his remarks, which the Anti-Defamation League termed “inappropriate and deeply offensive.”

Duterte, who has bragged about personally killing people and who faces numerous impeachment petitions, called for despots who show insanity to “be disposed of at the first instance.”

“I could not ever fathom the spectacle of a human being going into a killing spree, murdering old men, women, men, children, mother,” he said.

Israeli Prime Minister Benjamin Netanyahu has been criticized for embracing Duterte, who also calls President Donald Trump a friend. In an editorial, Israeli newspaper Haartez accused Netanyahu of ignoring Duterte’s rights record “for the sake of opportunities for arms deals and defense contracts.”

Duterte earned the nickname “the death squad mayor” while serving as the mayor of Davao, a city in the southern Philippines. A former member of a Philippine militia testified before the country’s Senate that Duterte ordered the squad to execute opponents and criminals.

In the two years since Duterte took office, more than 4,200 suspected drug dealers have been killed by police while thousands more were gunned down “vigilante-style” by unknown assailants, according to Reuters. 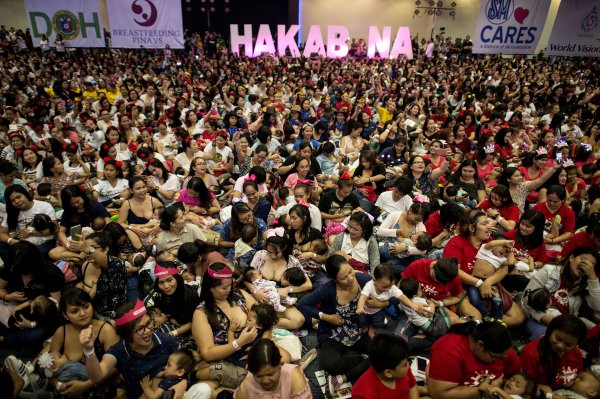