President Donald Trump on Monday criticized Attorney General Jeff Sessions after two Republican congressmen were charged with crimes ahead of the midterm elections, putting “two easy wins in doubt,” as he put it.

Though Trump did not name the congressmen, he seemed to be referring to California Rep. Duncan Hunter and New York Rep. Chris Collins, both of whom are currently facing charges.

Hunter and his wife were charged in August with using more than $250,000 of campaign funds for personal expenses, including vacations and their children’s school tuition. Hunter called the charges “pure politics” and said his wife was responsible for their finances. His chief of staff also told The Los Angeles Times that Hunter has no plans to end his campaign for re-election.

Collins, meanwhile, was indicted in August on insider trading charges, prompting him to suspend his campaign for re-election. Collins allegedly made stock trades using inside information about a biotechnology company.

Collins was the first member of Congress to endorse Trump’s 2016 presidential bid, a move that Hunter quickly followed.

Trump’s tweet was only the latest in a long line of jabs at Sessions, though he recently said that the attorney general’s job is safe — at least until the midterm elections. 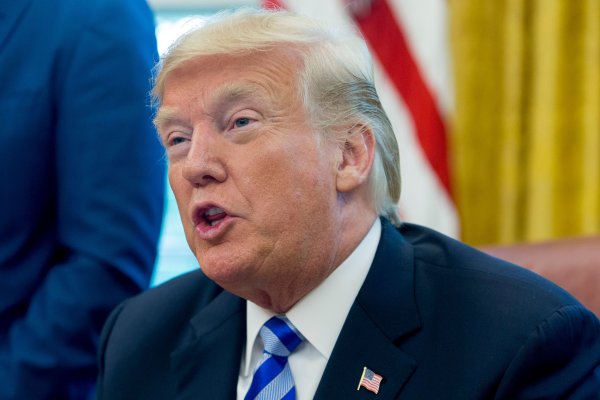 President Trump Threatens to Withdraw U.S. From the World Trade Organization 'If They Don't Shape Up'
Next Up: Editor's Pick