“Crazy Rich Asians” led the North American box office for a third straight weekend, making the U.S. Labor Day weekend one of the strongest in years, while the latest Tom Cruise blockbuster made a major splash when it opened in China.

Fallout, the six installment of the Mission Impossible franchise, was propelled to the top of the worldwide box office with a “massive $77.3 million debut in China,” ComScore said.

The combination of new movies and the strength of “Crazy Rich Asians” was expected to bolster sales for the final weekend of the summer movie season. Through the extended weekend, the top 10 movies were expected to bring in almost $100 million, Box Office Pro estimated. That would be about 60 percent more than a year earlier, when the biggest films collected $61.7 million.

“Crazy Rich Asians” was forecast to collect more than $23 million from Friday to Sunday, according to the estimate of Box Office Mojo. Its global haul reached $32.6 million as of Sunday, ComScore said. An adaptation of a best-selling novel about Singapore’s rich and elite, the movie is in its third week atop the North American box office and is being celebrated for opening the door to more diversity in Hollywood.

In another film with an Asian actor in the lead role, the well-reviewed “Searching” from Sony Pictures expanded to more theaters this weekend and jumped to fifth place with sales of $5.7 million. The film features John Cho as a father who uses social media to find his daughter. It was forecast by Box Office Mojo to take in $5 million over the three days. RottenTomatoes.com said 90 percent of critics recommended the film.

“Operation Finale,” which opened earlier in the week, missed Box Office Mojo’s forecast of $7.2 million. The film stars Ben Kingsley as Eichmann, the mastermind of the Holocaust, and follows the Israeli effort to capture him and put him on trial. More than half of critics recommended the movie, which cost about $24 million to make.

“Kin” opened with weekend sales of $3 million, failing to make the top 10. Only 33 percent of critics recommended the picture, in which a young boy uses a weapon of unknown origin to help his brother battle vengeful criminals. Box Office Pro was projecting sales of $3.5 million through the Monday holiday. 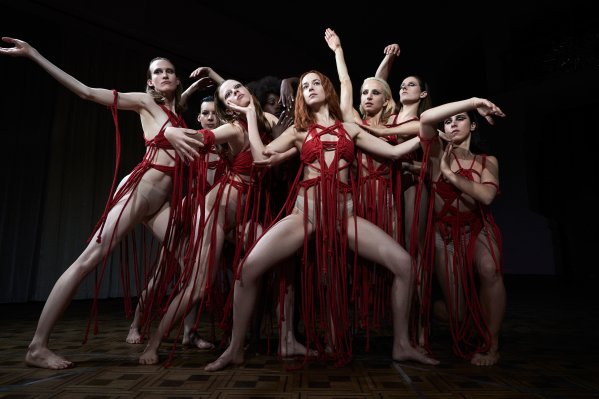 The Suspiria Remake Isn't That Scary. But That's Not Even the Worst Thing About It
Next Up: Editor's Pick