When it comes to the personal shortcomings of those we idolize, we have long looked the other way. But Small Fry, a book out Sept. 4 from Lisa Brennan-Jobs, reminds us that even those doing great work on a grand scale owe kindness and warmth to those closest to them.

Throughout the book, Brennan-Jobs, daughter of the late Apple CEO Steve Jobs, reckons with her father’s mercurial behavior toward her and her mother, Chrisann Brennan. Those seeking groundbreaking news about Jobs will be disappointed. However, her stories help complete a picture of a man idolized by many in the technology world, who has also been known to have had severe shortcomings in his personal life. While he showed Brennan-Jobs and her mother flashes of love and admiration, he could also be downright hostile toward them — not physically, but certainly psychologically. (Others in the book, including Brennan-Jobs’ mother and Steve Jobs’ now-widow, Laurene Powell Jobs, don’t emerge unscathed either.)

Among the most famous examples of Jobs’ cruelty toward Brennan-Jobs — and one that becomes a leitmotif through the book — is his recurring denial that he named the Apple Lisa, a computer that predated the Macintosh, after her. Brennan-Jobs clearly struggled with that through her childhood, perhaps because it so awfully mirrors Jobs’ longtime denial that he was Brennan-Jobs’ father at all. “28% of the male population of the United States could be the father,” Jobs infamously told TIME in 1982 when asked about a paternity test conducted as part of a child support suit. (For the rest of his life, Jobs would unpredictably alternate between frugality and lavishness with Brennan-Jobs and her mother, in what comes across in the book as a form of psychological warfare.)

Jobs repeatedly denied naming the Lisa after Brennan-Jobs, first to his daughter and then to Powell. He even went so far as to claim it was named after an old girlfriend, which Chrisann Brennan denied as the hogwash it so clearly must have been. But as Brennan-Jobs tells it, Jobs finally admitted the name’s provenance during a lunch with musician Bono. What’s left unclear is whether Jobs was finally ready to admit the truth to his daughter, or simply didn’t want to look like a jerk in front of the world-famous U2 frontman.

Small Fry certainly contains stories some close to Jobs may have wanted to remain private, or remember differently. “Lisa is part of our family, so it was with sadness that we read her book, which differs dramatically from our memories of those times,” said Powell Jobs in a statement. “The portrayal of Steve is not the husband and father we knew. Steve loved Lisa, and he regretted that he was not the father he should have been during her early childhood. It was a great comfort to Steve to have Lisa home with all of us during the last days of his life, and we are all grateful for the years we spent together as a family.”

But Brennan-Jobs’ book is far from any kind of character assassination. By the story’s end, the author comes to something resembling peace with her father, regardless of how much she clearly struggled to understand him as a child and beyond. An inclination toward forgiveness — deserved or otherwise — is evident throughout the book, as is Brennan-Jobs’ skillful writing and wit. And, given that Silicon Valley still suffers from delusions of hero worship (see: Musk, Elon) it’s an important reminder that changing the world doesn’t entitle anyone to treat others like lesser beings. 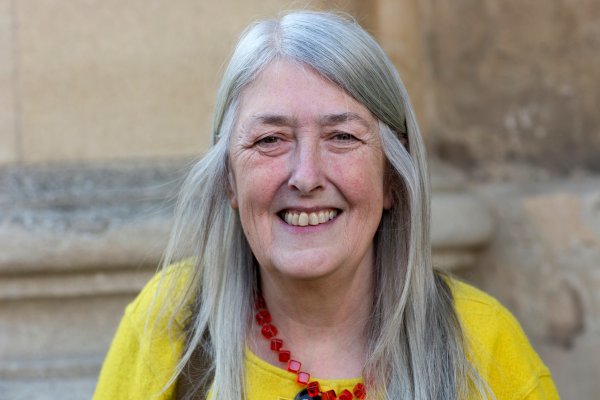 Classicist Mary Beard on Feminism, Online Trolls and What Ancient Rome Can Tell Us About Trump
Next Up: Editor's Pick