Bill Clinton Plays 'Think' Off His Cell Phone at Aretha Franklin's Funeral: 'It's the Key to Freedom'

At Aretha Franklin‘s funeral on Friday at Detroit’s Greater Grace Temple, many of America’s foremost celebrities and politicians turned out to pay their respects — including former President Bill Clinton.

Clinton, who arrived with Hillary Clinton and even took some photos with performer Ariana Grande before the ceremony began, followed fellow politicians including former U.S. Attorney General Eric Holder and Michigan Senator Gary Peters in sharing personal remarks about Franklin, reflecting on the lasting legacy of the late Queen of Soul.

“We started out as Aretha groupies,” Clinton began, speaking of himself and his wife. “She had the voice of a generation, maybe the voice of a century. Yes she was born into a musical culture… but she also worked for years, I mean years.” He continued:

Clinton joked he was happy that the funeral was an open casket. “I wonder what my friend’s got on today,” he joked. (Franklin is being buried in a gold dress.) He also described seeing Franklin perform at Elton John’s AIDS Benefit last year, her final public show. At that event, Clinton said, Franklin — who was clearly ailing — ended up singing for a full 45 minutes, leaving an “enduring memory.” “She said, ‘Well look at me, I finally got thin again,'” he recalled her joking to him.

“We’re living in a time where the virtues I described to you are not very much in fashion,” Clinton noted of Franklin’s legacy. He ended by playing her song “Think” on his phone. “It’s the key to freedom,” he said.

Both Clintons were longtime fans of Franklin’s — and the former President had invited her to perform many times during his tenure in the White House. She sang “I Dreamed a Dream” at his 1993 inauguration and was back for another performance at his second inauguration in 1997, and Clinton awarded her a National Medal of Arts and Humanities in 1999. She also received a Kennedy Center Honor during his time in office.

When asked about the President back in 1994, she described Clinton as “very down to earth, very decent,” adding he was “someone who is really trying to pull it off, to get a true democracy.” 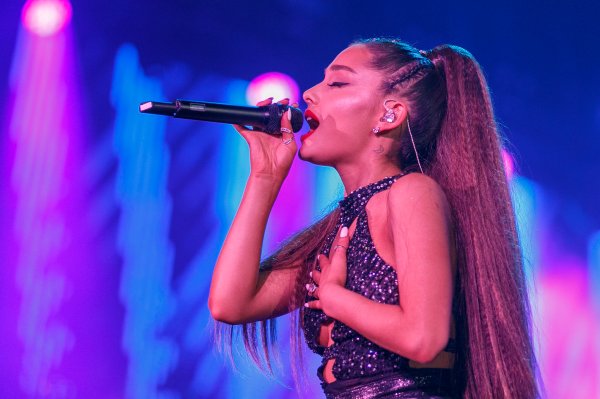