On Friday, friends, family and fans of music legend Aretha Franklin gathered at Detroit’s Greater Grace Temple to pay tribute to the late singer at her funeral. The celebration of the life of the Queen of Soul drew serious star power, from former President Bill Clinton to actors Tyler Perry and Cicely Tyson to Franklin’s fellow musicians like Smokey Robinson, Jennifer Hudson and Chaka Khan.

Ariana Grande, one of contemporary pop music’s biggest stars, also took to the time to pay her respects to the “Respect” icon. Grande, who recently released chart-topping new album Sweetener and is known for her powerhouse voice, appeared at the service to perform Franklin’s “(You Make Me Feel Like) A Natural Woman” to honor her legacy.

Grande’s performance followed remarks from many of Michigan’s political leaders, including Governor Rick Snyder and Detroit Mayor Mike Duggan. The singer arrived along with her fiancé, the comedian Pete Davidson, and was spotted prior to taking the stage snapping photos with both Bill Clinton and former First Lady Hillary Clinton. This isn’t the first time Grande has recognized the legacy of Franklin recently, either; she sang “Natural Woman” on the Tonight Show Starring Jimmy Fallon earlier in August as well. 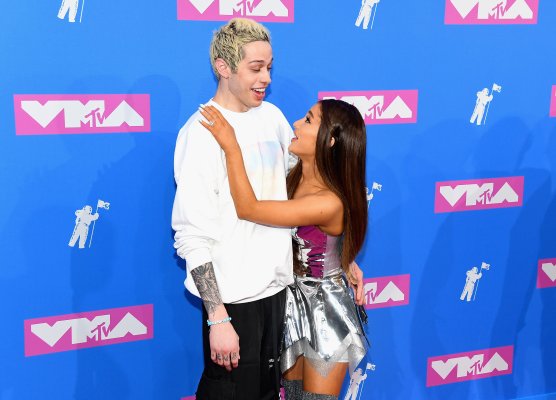 An Expert on What the Engaged Celebrity Couples Need to Know
Next Up: Editor's Pick