Nine bus passengers were being treated at University of New Mexico Hospital, with three more expected to be transferred there later Thursday night, the Associated Press reports. One patient has since been discharged, according to the hospital, which has not released details about the other patients’ conditions. Police are still assessing the number and extent of passengers’ injuries.

The truck driver also sustained non-life-threatening injuries in the crash, according to police.

The crash occurred after a semi truck experienced a tire blowout on Interstate 40 in McKinley County, according to New Mexico State Police, citing preliminary information.

CBS News reports that the bus was carrying 49 passengers and was headed from Albuquerque, New Mexico to Phoenix, Arizona.

The incident is under investigation by the New Mexico State Police Crash Reconstruction Unit as well as the state Transportation Safety Board.

“We are fully cooperating with local authorities and will also complete an investigation of our own,” said Greyhound spokeswoman Crystal Booker. 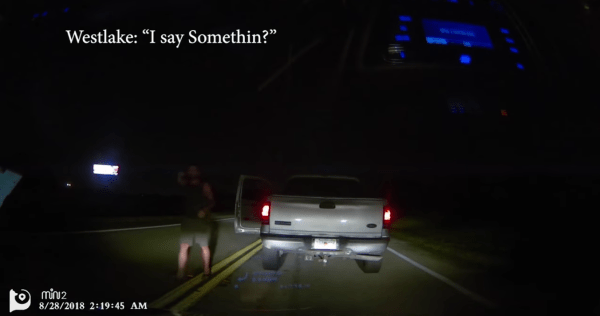 Florida Police Say a Deadly Shooting Involving an Uber Driver Is a ‘Classic Stand Your Ground Case’
Next Up: Editor's Pick