President Trump Threatens to Withdraw U.S. From the World Trade Organization 'If They Don't Shape Up'

President Donald J. Trump delivers remarks to members of the news media in the Oval Office of the White House in Washington, DC, on Aug. 28, 2018.
MICHAEL REYNOLDS—EPA-EFE/REX/Shutterstock
By John Micklethwait, Margaret Talev and Jennifer Jacobs / Bloomberg

(Bloomberg) — President Donald Trump said he would pull out of the World Trade Organization if it doesn’t treat the U.S. better, continuing his criticism of a cornerstone of the international trading system.

“If they don’t shape up, I would withdraw from the WTO,” Trump said Thursday in an interview with Bloomberg News at the White House.

A U.S. withdrawal from the WTO would severely undermine the post-World War II multilateral trading system that the U.S. helped build.

Trump said last month that the U.S. is at a big disadvantage from being treated “very badly” by the WTO for many years and that the Geneva-based body needs to “change their ways.”

U.S. Trade Representative Robert Lighthizer has said allowing China into the WTO in 2001 was a mistake. He has long called for the U.S. to take a more aggressive approach to the WTO, arguing that it was incapable of dealing with a non-market economy such as China.

Lighthizer has accused the WTO dispute-settlement system of interfering with U.S. sovereignty, particularly on anti-dumping cases. The U.S. has been blocking the appointment of judges to the WTO’s appeals body, raising the possibility that it could cease to function in the coming years. 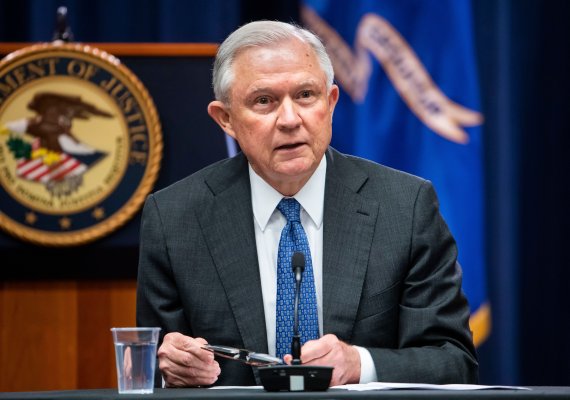 Trump Says Sessions' Job Is Safe at Least Until Midterms
Next Up: Editor's Pick