Long before Prince Harry ever met Meghan Markle and became one half of everyone’s favorite’s international power couple, he was just a young royal trying to navigate life at boarding school. And now we have photographic proof.

Although these glorious shots of Harry hanging out in his dorm at Eton College have been around since 2003, it wasn’t until they reemerged online this week that many royals fans saw them for the first time.

The series depicts the Duke of Sussex sporting his school uniform while performing everyday activities such as doing homework, shining his boots and playing with the housemaster’s two spaniels.

We even get to see Harry’s decor preferences thanks to a photo of him posing at his desk, where a black and white photo of his late mother, Princess Diana, was given a place of honor.

See some of the shots below. 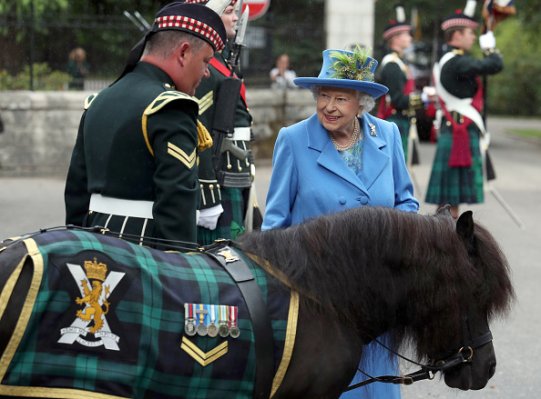 Queen Elizabeth and the Pony Who Bit Her Flowers Meet Again
Next Up: Editor's Pick