Their 'First Kiss' Came When He Collapsed and She Performed CPR. Now They're Teaching Others to Save Lives

A California paddle board instructor got an unexpected “first kiss” on a first date when he went into sudden cardiac arrest and his date performed mouth-to-mouth during CPR as she tried to resuscitate him.

Max Montgomery, 56, survived, thanks in part to the lifesaving efforts of his date, Dr. Andi Traynor. The pair had just finished stand-up paddle board surfing in October 2017 in Capitola, California when Montgomery collapsed on the beach. Traynor immediately began performing CPR on Montgomery while passers-by called 911.

The entire incident was caught on camera by photographer Alexander Baker, who happened to be taking a wildlife time-lapse on the beach. The series of photos show Montgomery drop face-first into the sand. It ends with emergency personnel attempting to resuscitate him.

Montgomery’s heart didn’t restart until the 6th defibrillator shock in the ambulance. Montgomery credits Traynor’s CPR knowledge as the reason why he is still alive, according to a post on Paddle4Good, his non-profit paddle boarding mentor program.

Montgomery and Traynor refer to the life-saving CPR technique as their “first kiss” and say that they have been madly in love ever since. They’re now on a mission to save more lives by sharing their story.

The two founded the Help-A-Heart program, aimed at providing as many people as possible with CPR dummies and AED devices so that they know what to do in case of sudden cardiac arrest. 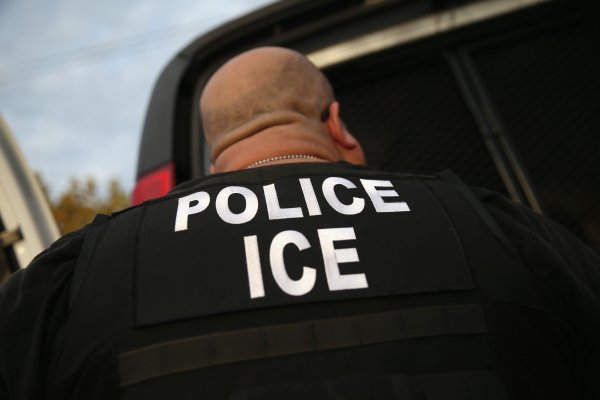 ICE Detained a Man Driving His Pregnant Wife to the Hospital
Next Up: Editor's Pick