President Donald Trump on Monday talked about the “respect” he had for John McCain — his first official statement since the late senator died over the weekend.

Trump, who was often at odds with McCain, released the statement after his Administration faced criticism for flying the flags outside the White House at full staff Monday, two days after McCain succumbed to a year-long battle with cancer at 81.

“Despite our differences on policy and politics, I respect Senator John McCain’s service to our country and, in his honor, have signed a proclamation to fly the flag of the United States at half-staff until the day of his interment,” Trump said in a statement.

McCain will receive several posthumous honors before he is officially buried at a private ceremony at the U.S. Naval Academy Cemetery in Annapolis, Md. The war hero and longtime public servant, who was senator of Arizona for more than three decades, will lie in state at the Arizona Capitol on Wednesday and then at the U.S. Capitol Rotunda on Friday, according to his office. The public can pay their respects to McCain Friday when he is at the Capitol Rotunda — an honor that has only been given to 12 other senators.

Prior to his statement Monday, Trump had briefly addressed McCain’s death on Twitter shortly after his death was announced by his family.

And while Trump didn’t specifically he wouldn’t be attending McCain’s funeral, he noted that Vice President Mike Pence would make a statement on the Administration’s behalf during Friday’s service. In addition to Pence’s involvement, Trump said several members of the Trump Administration including Chief of Staff John Kelly, Secretary of Defense James Mattis and National Security Advisor John Bolton will attend McCain’s memorial services. 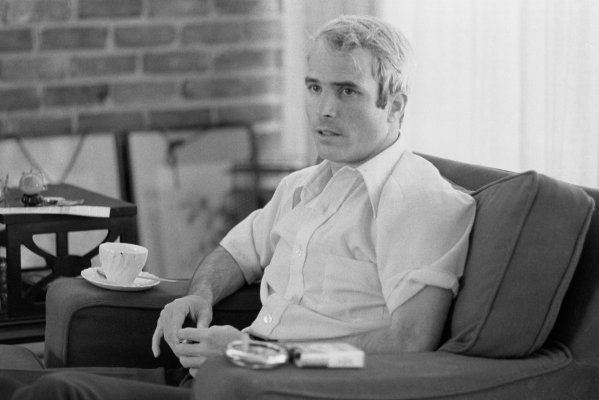