Another weekend, another legend born.

A hammy young soccer fan has made the absolute most of his fifteen minutes of fame as Marseille’s football team played against Rennes at the Orange Vélodrome stadium in southeastern France on Sunday.

The young Marseille fan was just supposed to do the ceremonial kickoff, according to ESPN. But he decided to run the length of the pitch and bury the ball in the net. And that’s before he really milked the moment.

There he was tearing off his jersey, knee sliding on the turf, stretching out his arms, and beaming a million-watt smile directly at the camera.

The surprising moment made the crowd go absolutely wild, and it played well online too.

From the video of the adorable moment, it is obvious that the show was officially stolen and in possession of this up and coming soccer star.

He is also clearly a three-sport athlete who went above and beyond the French Ligue 1 ceremonial kickoff tradition. Specifically, he shows a lot of potential in the three athletic feats of goal scoring, jersey removal, and knee sliding.

See him show off below. 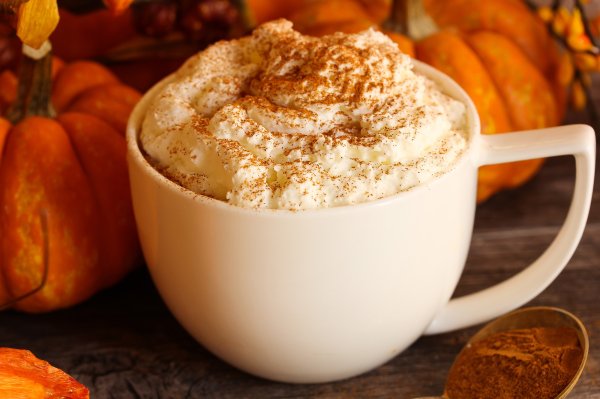 Starbucks Pumpkin Spice Latte Season Is Officially Kicking Off Early and People Are Out of Their Gourd
Next Up: Editor's Pick