Your Unpaid Rent Could Make You Fat

There might be a new factor for women to consider if they’re struggling to maintain a healthy weight — their unpaid bills.

The latest research finds a tantalizing correlation between weight and the way people manage their money, that broke down by gender.

In a study published in Economics and Human Biology, economists compared the weight and financial status of men and women between ages 18 and 28 who were part of the National Longitudinal Survey of Adolescent Health. Although much research has linked financial status and obesity, there’s no agreement on which comes first — financial hardship or obesity, or whether other factors may cause both. So these investigators attempted to find out in which direction the relationship went.

MORE: The pursuit of the American Dream has led to an epidemic of stress, overwork, waste and indebtedness

The study’s lead author, Susan Averett, a professor of economics at Lafayette College, says that women who had trouble keeping up with household bills like rent or utilities were more likely to be obese than men in the same fix. And this was true even when she and her team controlled for income, marital status, and other factors thought to contribute to obesity and debt. Based on her evidence, Averett believes that being behind in household bills might actually be a cause of obesity in women.

Is this a stretch? Maybe. But turning to previous research on the subject, Averett says there are a number of reasons why women and men may be affected by bills differently. For one, the men in this group might be doing more physical, calorie-burning work than the women; people who are behind in their bills may be more likely to have lower incomes and manual-labor jobs. Also, women, who commonly rely more on monthly food stamps than men, may be eating well at the beginning of the month and then turning to cheaper, high-calorie food later. Numerous studies also show that women tend to be less financially literate than men, and are therefore more likely to fall behind on their bills and may be more likely to eat out of stress.

Interestingly, their results did not show the same effect for credit card debt, regardless of gender. The pressure of having a large credit card bill, it seems, is not as threatening as the possibility of living without electricity or being without a home if you can’t pay rent.

So should women who are behind on their rent worry about gaining weight? Perhaps not, says Nancy Manister, a nursing professor at Fairfield University. She notes that the participants in the study were young people “in transition.” Young men under age 28, she says, are much less likely to be raising children alone, while women are. And women tend to gain weight when they have children. Single mothers also have an especially difficult time managing financially, and may tend to rely too much on high-calorie foods, which are often cheaper than healthier options, and eat to relieve stress.

When under chronic stress, our bodies release the hormone cortisol, which signals us to eat. But people facing what they feel is a challenge release adrenalin, a hormone that curbs hunger. It’s possible, Manister speculates, that more men might view their situation as a challenge — gotta get a new job! — while some women, on the other hand, might feel, “I’ve got two kids. I’ll never get anywhere.”

Whatever the actual dynamics, the discovery opens a new line of study for obesity researchers. Weight management may not be just about diet and exercise, but about broader lifestyle issues as well, which suggests that in the national battle against obesity, strengthening the financial safety net for low-income women can only help. That includes increasing the earned income tax credit, and improving financial literacy programs for women. 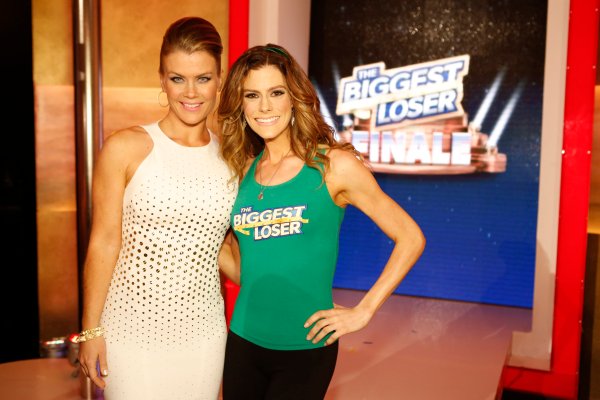 The Biggest Loser Goes Too Far
Next Up: Editor's Pick