New Jersey Gov. Chris Christie appeared to lose his cool somewhat during a celebrity roast last week, as former The View host Joy Behar tossed zingers in his direction and not at the honoree.

The April 1 roast was for the 90th birthday celebration of former New Jersey governor, Brendan Byrne. Christie hosted the celebrity roast for Byrne, and he became the butt of many jokes about the George Washington Bridge scandal.

But Behar’s remarks seemed to hit home. In a video that surfaced Tuesday, Behar said that when she heard Christie had caused traffic jams, she thought: ‘What the hell is he doing, standing in the middle of the bridge?”

Christie eventually interrupted her, according to The New Yorker‘s Ryan Lizza, who attended the event. “This is a Byrne roast,” he said, before standing and attempting to steal her notes.

The exchange ended, Lizza reports, with a “rattled” Behar telling Christie: “I really don’t know about the Presidency. Let me put it to you this way, in a way that you’d appreciate: You’re toast.” 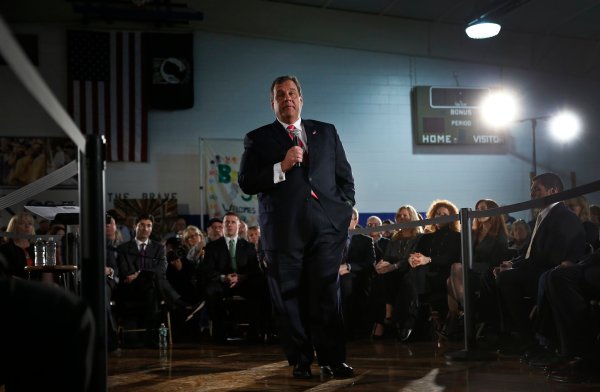 Christie Cleared in Own Probe
Next Up: Editor's Pick