Arizona Sen. Jeff Flake said he can’t imagine politics or the Senate without his fellow Senator John McCain, who represented the state for more than three decades.

Appearing on CNN’s State of the Union Sunday morning, Flake said he has been a longtime fan of McCain.

McCain passed away on Saturday after fighting an aggressive form of brain cancer for more than year. He was 81 years old.

Flake also said he was proud of the way McCain voted against the GOP health care bill last year. Referring to him by his longtime nickname “maverick” — which he earned for often making decisions independent of his party — Flake said McCain’s vote against the bill “was John, through and through.”

“He was a huge institutionalist and loved the Senate because the Senate forces individuals and parties to come together and he wasn’t seeing that,” Flake said.

Flake served with McCain in the Senate for almost half a decade. He wrote about how McCain “taught the country the value of standing alone to do what is right” in a tribute in the Washington Post. 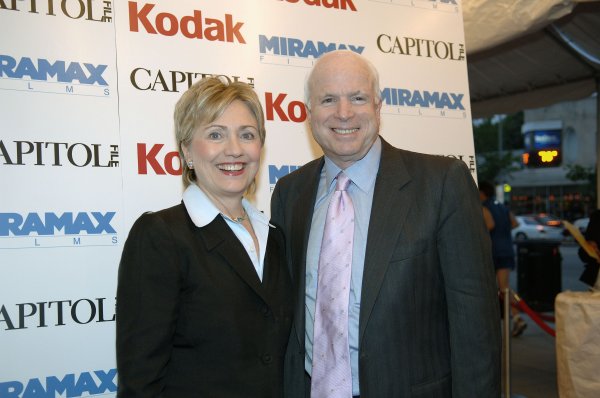 John McCain 'Set an Example of Working Across the Aisle,' Says Hillary Clinton
Next Up: Editor's Pick