Behind the scenes of ROMA by director Alfonso Cuarón.
Carlos Somonte—Netflix
By Stephanie Zacharek

At the beginning of Alfonso Cuarón’s extraordinary film-as-remembrance Roma—playing in competition here at the Venice Film Festival—we meet Cleo, a young woman of Mixteca heritage who works as a servant and sort-of nanny for a middle-class family in Mexico City, circa 1970. In this setting, Cleo, played by first-time actor Yalitza Aparicio, is half visible and half not: In some ways, she’s part of the family. The kids—there are four—clamor to be near her when she sits down with them to watch TV. When the mother, Sofia (Marina de Tavira), asks Cleo to do something, her manner is reserved but polite. The father, a busy doctor who’s mostly absent, from the family and from the movie, complains, off-camera, about her housekeeping. “There’s dog s–t everywhere,” he fumes, and he’s not wrong. We’ve already noted that the family pet freely relieves himself in the house’s small attached garage, and as Doctor Dad eases his enormous Ford Galaxy into the cramped space, the car’s wheels squish the little piles flat, as if to grind them right into the tile floor.

It’s Cleo’s job to take care of all this stuff: As a house servant, she’s on the periphery of everyone else’s life. Yet she’s the star of her own story, and that’s the one we come to care about in Roma, a film of such delicate power that it feels strangely wrong to characterize it as “great,” though that’s probably what it is. Roma is a deeply personal film for Cuarón, drawn from his own middle-class Mexico City upbringing in the 1970s: The film reflects his feelings for the network of women who raised him, and also uses, as a partial backdrop, the student protests of 1968, in which demonstrators were gunned down by police and the military. It was a tragedy that shook the country.

These people and events were clearly formative for Cuarón. But the film—which takes its name from the neighborhood in which it’s set, and which was shot by Cuarón himself in lustrous, haunting black-and-white—also folds in hundreds of small visual details that evoke a specific time and place and state of being: Roma shows us Mexico City streets lined with stores and movie theaters and banks that speak of bustling city life. At one point Cleo leaves the city for a day trip to a small village, picking her way through mud puddles and passing shacklike houses that are a world apart from big-city sophistication. Cuarón shows us how an older, respectable matriarch with money might take a servant shopping for a suddenly necessary piece of furniture—a crib, let’s say—and negotiate the price with a kind of patrician ruthlessness.

All of these things are part of Roma, a reflection of a vanished era that’s like a portrait of a loved one painted from memory. Yet Cuarón never loses sight of Cleo, the movie’s heart, and this is typical of the way he works. He’s made so many different types of movies that it’s hard to pinpoint a Cuarón style. He won an Academy Award for his last film, the lost-in-space reverie Gravity (2013). He made a superb Harry Potter movie (Harry Potter and the Prisoner of Azkaban, from 2004), a compassionate love letter to the interminably messed-up human race (the 2006 Children of Men) and one of the most inventive of all Dickens adaptations (the 1998 Great Expectations, starring Ethan Hawke and Gwyneth Paltrow, perhaps the most unjustly underappreciated picture of his career).

Cuarón is a superb craftsman, but his real gift is that he puts human nature above filmmaking. Roma follows in the tradition of neorealist filmmakers like Vittorio De Sica and Satyajit Ray. No one else is making movies like this today. The picture is being distributed by Netflix, and though that arrangement seems unusual for a filmmaker of Cuarón’s stature, it also makes sense: You can’t imagine a major Hollywood studio, at least the way the studios operate today, releasing a movie as intimate as Roma is. (The film was selected to play at Cannes last May, though Netflix pulled it and several other titles after Cannes officials instituted a rule stating that films failing to meet French theatrical distribution requirements may not play in competition.) We get to know Cleo through the everyday details of her life: At the end of her workday, she retreats to the modest quarters she shares with her friend, another domestic worker employed by the family, Adela (Nancy García García). They launch into a brief calisthenics routine, naming the things they ate and enjoyed that day as they reach forward to touch their toes, laughing—this is more gratitude than penance. On her day off Cleo goes on a date with a boy she likes, Fermin (Jorge Antonio Guerrero); they ditch the movie they’re supposed to see and end up in bed. Afterward, Fermin dislodges the bathroom shower-curtain rod and, stark naked, performs an elaborate martial arts routine, designed both to impress and to show domination. His movements are precise, mechanical, aggressive, though he ends on a note of tenderness. Martial arts saved him from messing up his life. When he started training, everything, he tells Cleo, suddenly became focused—“just like when you look at me.”

You’d think a naked guy slashing the air with a giant pole would be a real scene stealer. But it’s Cleo, wrapped in a sheet and watching her paramour from the bed, who owns the moment. She’s intrigued by him, turned on by him, a little afraid of him. The look on her face as she watches his orchestrated display of machismo, and as she registers his honeyed words, is half skeptical, half open to the world and all the promise it holds. This is a beautiful, understated performance: Aparicio anchors the story not with actorish technique but with remarkable lightness—she holds the movie as if it were a string connected to a balloon.

Some of the things that happen to Cleo are painful to watch. She’ll be forsaken by someone she should be able to trust. Even her role in the family, the most secure relationship in her life, renders her an outsider—but only to a point. Cuarón never betrays Cleo, and he doesn’t betray us, either. He finds a place for her to belong—we need that as much as she does. In the last half-hour of Roma, I realized that a few hours ago I didn’t know this character named Cleo existed. Now, I wanted the world for her. This glorious, tender picture, a memoir written in film language, is only indirectly about the man who made it. He stands off to the side, in the shadows, beckoning us toward something. Roma is filmmaking as gesture, an invitation to generosity that we perhaps didn’t know we could feel. 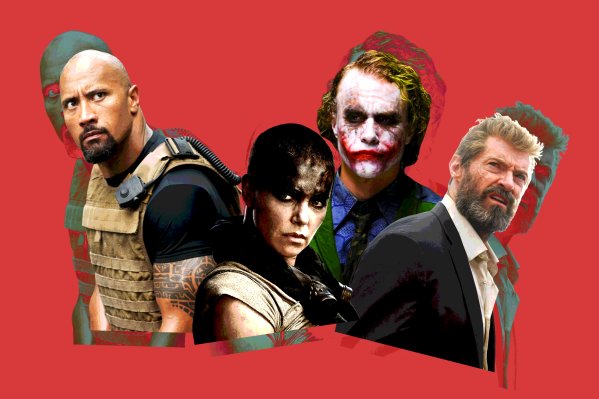 35 Sequels That Are Better Than the Original Movie
Next Up: Editor's Pick