How Lauryn Hill Educated the Music Industry 20 Years Ago

Lauryn Hill performing at Brixton Academy during the Miseducation of Lauryn Hill Tour in London on Feb 5, 1999.
Chris Lopez—Sony Music Archive/Getty Images
Ideas
By Brandon Tensley
Tensley is an associate editor for New America, a co-host of Slate’s Outward podcast and a contributing writer at Pacific Standard.

It’s rare that an artist secures icon status through the strength of her debut solo album alone. But not every artist has the talent of Lauryn Hill, formerly a member of the Fugees. On its release 20 years ago today, The Miseducation of Lauryn Hill achieved near-universal critical acclaim. At the 41st Grammy Awards, in 1999, Hill became the first woman to win five or more awards in a single night. The album became the first hip-hop record to win Album of the Year.

And yet Hill’s legacy in the two decades since her arrival as a solo artist hasn’t been so rosy. At her pop-cultural zenith, she abandoned the limelight, noting its tendency to fuel insecurity and warp her sense of self. “I had to fight for an identity that doesn’t fit in one of [the music industry’s] boxes,” she told Essence in 2006. These days, audiences view Hill mostly as an erratic figure, known for showing up hours late to her own shows and for having had to serve time in jail for tax evasion. Which is a shame: Hill is incredibly complex and, I’d argue, deserving of far more generosity for her cultural contributions than she typically receives. Twenty years later, the things that make her so consequential, so radical, are the tremendous ways in which she’s persistently pushed back against an industry that tends to swallow black artists whole, and rob them of their identities.

If The Miseducation of Lauryn Hill has a thesis, it comes on the album’s fourth track, “To Zion.” “But everyone told me to be smart / ‘Look at your career,’ they said / ‘Lauryn, baby, use your head,’” Hill sings. “But instead I chose to use my heart.” Here, she’s specifically referring to her decision to carry her first child, Zion, to term, even when some people around her warned her that becoming a mother could hurt her still-young career. (She was only 22 years old at the time.) More broadly, though, Hill, in these lines, creates an emotive space in which she can be vulnerable, sometimes uncomfortably so: “Unsure of what the balance held / I touched my belly overwhelmed,” she sings earlier on the song. This working through of raw emotions — this centering of the heart — has long been denied black women in the mainstream, including during the hostility-filled ’90s, but it’s treated seriously in Hill’s work, and in part, it’s what makes her extraordinarily transgressive as a lyricist.

But Hill’s radicalism extends beyond her lyrics. In particular, the ways in which she’s fought for autonomy with a sometimes-treacherous industry is also deserving of attention. It’s an issue I’ve written about before, in relation to Whitney Houston: the existential price the superstar known as The Voice paid because record moguls molded her to be embraced by the masses — a.k.a. not to sound “too black” — and how this appetite for crossover appeal has afflicted other black artists, including, in this case, Hill. A friend of the singer’s told Rolling Stone in 2003 that Hill “despised the manufactured international-superstar magazine cover girl” she felt she’d become. In the aforementioned Essence interview, Hill herself said that the industry is “a small space designed for consumer mass appeal and dictated by very limited standards.” And she wanted out.

In this light, one thing that makes Hill stand out is how boldly she’s sought to take to task the very system that catapulted her to international stardom in the ’90s. In the past, for instance, she’s refused to give interviews without being paid for them, and once reportedly demanded $10,000 to participate in a cover story for Oneworld magazine. While some may see this behavior as excessive, you could argue that, for Hill, it was a show of power — or at least a means of trying to reclaim power from a system with a history of nickel-and-diming black artists. (This seems to be why Aretha Franklin often brought her payment-filled purse on stage with her, within eyesight.) Even something as outwardly bizarre and eye-roll inducing as Hill’s insistence on being called “Ms. Lauryn Hill” (her artist page on Spotify is listed as such) reasonably has meaning: It’s a way for her to command respect for herself when others fail to deliver it, and to do so specifically in an arena in which the status of female artists and rappers always appears to be up for debate — something Nicki Minaj has pointed out in recent years. The New Yorker’s Doreen St. Félix got it exactly right when she wrote earlier this year, “I resist the narrative that Hill is crazy or lost — that she has failed because she has chosen not to participate in” — or, I’d add, has chosen to subvert — “that which causes her strain.”

As it turns 20, The Miseducation of Lauryn Hill feels newly relevant. To some extent, that’s because you can still hear traces of it — like samples of “Ex-Factor” — in 2018 hits “Be Careful” and “Nice for What.” But more than that, this revisiting of the album reveals how it — and the artist behind it — continues to inspire the sound and sentiment of the industry. (Last year, NPR ranked it No. 2 on its list of “The 150 Greatest Albums Made by Women.”) Indeed, few artists have marked culture as profoundly as Hill did with her solo debut — and even fewer have done so without having to forfeit their truths for the attendant fame. 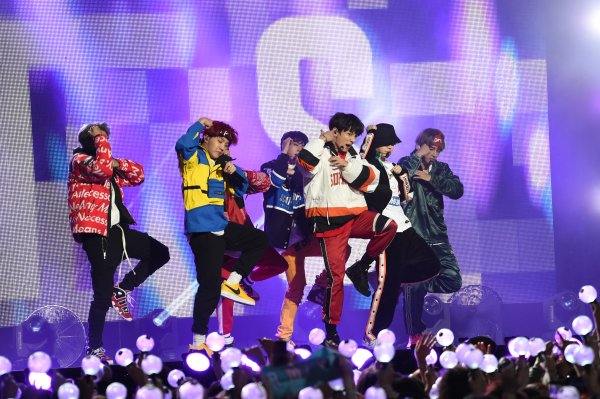