Inside John McCain's Journey From Annapolis to the Hanoi Hilton: How He Became a Prisoner of War

This piece is excerpted from TIME’s special edition about the life of John McCain, available now.

A career in the navy seemed preordained for John McCain. Born on the American Coco Solo Naval Air Station in the Panama Canal Zone, he came from a family with a storied history of military service. An ancestor, John Young, had served on George Washington’s staff, and a great-uncle had helped Gen. John “Black Jack” Pershing chase Pancho Villa across Mexico. Grandfather John “Slew” McCain was a daring commander who during World War II fought at Guadalcanal. And McCain’s father, Jack, whose penchant for cursing earned him the nickname “Goddamn!” McCain, battled Japanese destroyers. Slew and Jack then became the first father and son to attain the rank of four-star admiral.

As a Navy brat, John moved with his family for each of Jack’s assignments. In 1950 they landed in Washington, D.C., where Jack became chief of the Navy’s legislative-affairs office, and McCain’s mother, Roberta, hosted Beltway parties. Four years later, John followed his father and grandfather’s trajectory and joined the Naval Academy in Annapolis, though he admitted later, “There were times in my youth when I harbored a secret resentment that my life’s course seemed so preordained.”

While McCain did well in such academy classes as history and literature, as a rambunctious underachiever he quickly earned the nickname John “Wayne” McCain. The plebe balked at rules, led a clique called the Bad Bunch and played poker till the wee hours. Even so, McCain showed leadership skills, once even chastising an upperclassman for unfairly berating a steward. “He’d pick fights with midshipmen and even officers if he felt he was in the right about something,” said classmate and future admiral James Hamrick.

As the antithesis of naval spick-and-span, McCain regularly earned demerits for unshined shoes and lateness. When he graduated in 1958, he ranked 894th in a class of 899. It wasn’t that bad, considering that Slew had finished 79th out of 116 in 1906 and Jack eked out as 423rd out of 441 in 1931. Ensign McCain then headed to flight school in Pensacola, Fla. He proved an average pilot, once having to ditch his plane in Texas’s Corpus Christi Bay after his engine gave out. Soon after, he deployed to the Mediterranean, where what he referred to as his “daredevil clowning” knocked down some Spanish power lines.

Back in Pensacola, he met Carol Shepp. They married in July 1965, and he adopted her two sons, Douglas and Andrew. He was soon off to Meridian, Miss., as a flight instructor. Throughout, he felt the weight of his martial heritage, later writing, “I worried that my deserved reputation for foolishness would make command of a squadron or a carrier . . . too grand an ambition for an obstreperous admiral’s son, and my failure to reach command would dishonor me and my family.”

McCain knew that to “raise my profile as an aviator, perhaps the only way, was to achieve a creditable combat record.” Soon after he and Carol welcomed daughter Sidney in September 1966, McCain joined a squadron in Vietnam. Assigned to the U.S.S. Forrestal in the South China Sea, he felt he had finally arrived: “Nobody made me fly over Vietnam. That’s what I was trained to do, and that’s what I wanted to do.”

When McCain arrived in Vietnam, 385,000 Americans served in Southeast Asia. His squad took part in Operation Rolling Thunder, a brutal bombing campaign that President Lyndon Johnson had started in March 1965. By January 1967, McCain had risen to lieutenant commander. But in July, while preparing for a bombing run, a nearby jet accidentally fired a missile and hit McCain’s fuel tank. The blast triggered a series of explosions, shot shrapnel into his chest and legs, and killed 134 sailors and aviators.

Recovering at home in Florida, McCain wondered what to do, telling his classmate Chuck Larson, “I want to be a serious officer, and I’m having problems getting people to take me seriously.” Said Larson, “You’re going back into combat, and you will prove yourself.” McCain joined the Saints, an attack squadron aboard the carrier U.S.S. Oriskany. He made regular runs strapped into his A-4 Skyhawk and, on October 25, took out three MiGs on Hanoi’s Phuc Yen airfield. The following day, as McCain left the ready room, strike- operation officer Lew Chatham told him, “You’d better be careful. We’re probably going to lose someone on this one.” The cocky pilot called back, “You don’t have to worry about me, Lew.”

Senator John McCain is pulled out of a Hanoi lake by North Vietnamese army soldiers and civilians on Oct. 26, 1967.
Getty Images

McCain’s A-4 And 19 other jets streaked toward Hanoi to destroy a power plant, and the pilots spied the eruption of dust and smoke when surface-to-air missiles (SAMs) took off toward them like “a flying telephone pole moving at great speed.” Black clouds of antiaircraft flak exploded in the air. As McCain neared the power plant, a missile locked on his jet, and his missile-warning gauge emitted a shrill warning. “So, at about 3,500 feet,” he later recalled, “I released my bombs, then pulled back the stick to begin a steep climb to a safer altitude. In the instant before my plane reacted, a SAM blew my right wing off. I was killed.”

Spiraling down at 550 miles an hour, McCain radioed, “I’m hit.” As he ejected from the plane, his right knee slammed into something and broke, and the force of shooting from the craft and hitting the air snapped his arms. McCain’s chute opened, and he tumbled, unconscious, toward the earth. He landed in Truc Bach Lake in the center of Hanoi and, weighed down with 50 pounds of gear, quickly sank. Jarred awake, he used his good leg to kick up to the surface but couldn’t understand why his arms would not respond. McCain went down again and, with his teeth, pulled the toggle and inflated his vest. Twenty angry North Vietnamese yanked him ashore, stripped him to his underwear, kicked him and spat on him. Someone smashed his shoulder with a rifle butt, and a bayonet was jabbed into his groin and ankle. Soldiers then heaved his body onto a truck.

They brought him to Hoa Lò prison in central Hanoi — Hoa Lò translates as “fiery furnace” — and McCain was about to learn of the deadly reputation of the yellow stone, concrete-walled prison complex that Americans nicknamed the Hanoi Hilton. At the Hilton, soldiers dumped McCain’s stretcher on the floor. “No American reached Hoa Lò in worse physical condition than McCain,” observed John G. Hubbell in his book P.O.W.: A Definitive History of the American Prisoner-of-War Experience in Vietnam, 1964–1973. Guards gave him minimal food and water. After being bandaged, McCain learned he wouldn’t get medical care unless he talked. For days, the 31-year-old pilot drifted in and out of consciousness. When questioned, he just told his captors his name, rank and serial number. In return, jailers beat him

As blood pooled in McCain’s knee, he begged for care. A medic took his pulse and, shaking his head, said, “It’s too late, it’s too late.” McCain lapsed into unconsciousness, but soon an excited officer rushed in and yelled, “Your father is a big admiral. Now we take you to the hospital.” For the North Vietnamese, Lt. Cmdr. John Sidney McCain III was a royal catch. They called him the Crown Prince, and Radio Hanoi boasted of the capture of “air pirate McCain, son of Admiral McCain.” The aviator was transferred to a medical facility, waking up a few days later “in a filthy room . . . lousy with mosquitoes and rats.” Rain washed in mud. Medics gave him transfusions and blood but, as McCain recalled, “no treatment for my injuries. No one had even bothered to wash the grime off me.”

Two weeks later, a doctor tried to set McCain’s right arm and its three breaks. The man didn’t use anesthesia, and after 90 minutes he gave up and slapped on a neck-to-waist cast. An officer whom McCain remembered as “short and fat, with a strangely wandering right eye that was clouded white by a cataract” then told him that a French correspondent wanted to interview him. When asked about the prison food, McCain told the journalist, “Well, it’s OK, but it’s not Paris.”

Guards returned McCain to a roach-filled room, and interrogators beat him. They did operate on his knee, but they simply cut out the ligaments and cartilage and refused to give him more surgery because of his “bad attitude.” By the time the jailers left him in a prison cell, McCain’s cheeks had sunk, his legs had atrophied, his body had shriveled, and his hair had turned white. “I’ve seen some dead that looked at least as good as John,” said Maj. George “Bud” Day of his and Maj. Norris Overly’s new cellmate. “I didn’t think he was going to live out the day.” 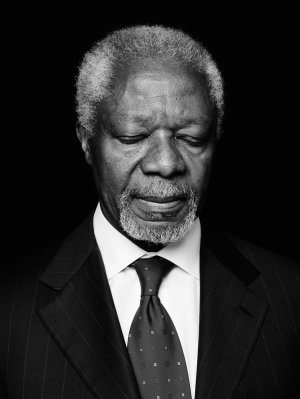