In a Friday morning tweet, Trump called Winner’s leaks “‘small potatoes’ compared to what Hillary Clinton did,” referring to his repeated accusations that his rival in the 2016 election had broken the law in her use of a private email server while Secretary of State.

The tweet also marks the second time in two days that Trump has lashed out at Sessions, following remarks he made Wednesday saying his Attorney General “never took control of the Justice Department.”

Winner, an ex-NSA contractor, leaked classified government information to a news organization in 2017. That news organization was never officially identified in court proceedings, however on the same day Winner was arrested the investigative site The Intercept released a report detailing a Russian attempt to influence voting in the 2016 election.

Trump’s apparent support for Winner is contrary to his insistence that Edward Snowden, another former NSA employee who leaked secret information to the media, is a “traitor.” 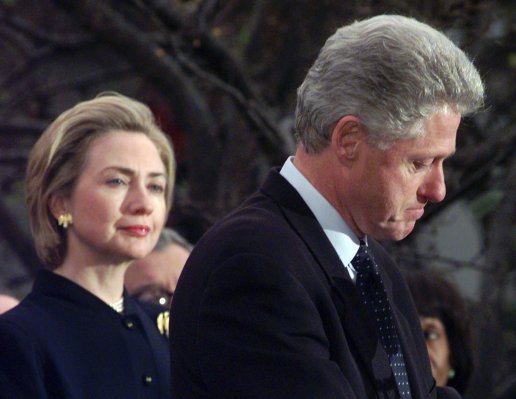 Why Bill Clinton Deserved to Be Impeached but President Trump Doesn't, According to Newt Gingrich
Next Up: Editor's Pick