A Radioactive Device Has Gone Missing in Malaysia. Police Are Working 'Round the Clock' to Find it

Special Police forces are deployed at an airport outside Kuala Lumpur on May 12, 2018.
Alexandra Radu—SOPA Images/LightRocket/Getty Images
By Laignee Barron

Malaysia has stepped up efforts to locate missing radioactive material, forming a “round the clock” task force to track down a device that disappeared from a pickup truck earlier this month.

The missing radiography instrument is said to contain an unknown amount of radioactive iridium, which authorities have said it could spread contamination if handled improperly.

Put into the wrong hands, radioactive material could also be used to create a crude nuclear device, a so-called “dirty bomb.” The U.N.’s nuclear watchdog agency has warned that stolen or otherwise unauthorized radioactive materials can wind up being used by militants.

Malaysian officials have said there is no indication that the missing device has fallen into the hands of terrorist groups.

The industrial radiography device, called a Sentinel Delta 880, was being transported 30-miles from the town of Seremban to Shah Alam on the outskirts of Kuala Lumpur, the capital, when it went missing on Aug. 10. Two technicians reportedly put the instrument in the back of the truck, but when they arrived at their destination an hour later, it was gone.

“So far, the police have not received any new lead on the matter,” local police chief Mazlan Mansor said on Thursday.

“This incident is not the first and it is understood that it also happened last year,” Mohamad Fuzi, Inspector-General of Police, said earlier this week.

In 2016, 189 incidents of missing or unauthorized nuclear and other radioactive material from all over the world were reported to the International Atomic Energy Agency. 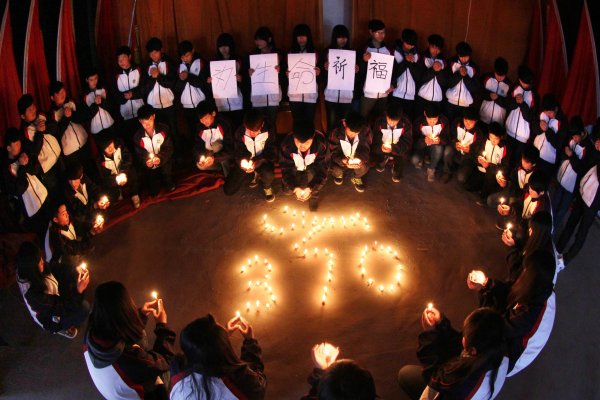 Report: Flight 370 'Steered Off Course Deliberately'
Next Up: Editor's Pick