Sony's New Aibo Robot Dog Is Nearly $3,000, But It Can Tell How You're Feeling

Sony is bringing its iconic Aibo robotic dog back to the U.S. for the first time in more than a decade — though this time, the pricey gadget will feature some cloud-connected features that make it more expressive and engaging than previous iterations.

The U.S. relaunch of Aibo, which was announced Thursday, will be the sixth-generation of the company’s line of robotic dogs, first introduced in 1999 and discontinued in 2006. Since re-introducing it in Japan this past January, Sony says it has already sold over 20,000 Aibo units over a seven-month period.

The new Aibo, for better or worse, shares a similar design language with its predecessors, though it looks much more like an actual dog thanks to a pair of large, expressive OLED eyes that blink, get drowsy and show anger. Compact motors designed by Sony give Aibo 22 axes of movement, making it much more lifelike than Sony’s previous robots — though traditional dog-based activities, like scratching its ears or stretching its legs, look pretty comical compared to the real thing. Inside the newly designed Aibo is a Qualcomm Snapdragon processor making sense of all its input data, along with four microphones, a speaker and range sensor on its chest so it doesn’t walk right into a wall or off a table.

“It’s AI meets robotics, but with a personality,” Sony Electronics President Mike Fasulo tells TIME. Aibo’s personality is more puppy-like than one would expect from a robot, though that’s intentional — Sony is marketing it as a robotic puppy, and like a puppy, that means it won’t always listen to your issued commands. It also means the longer you interact with it, the more it ages, and the more likely it is to correctly respond to commands like “sit,” or “bang bang,” if you’re trying to get it to play dead.

The United States-bound Aibo, dubbed the First Litter Edition, will be available in September, and cost $2,899 — $1,000 more than Sony’s last Aibo, the ERS-7M3, released in 2005. This version will include the Aibo dog, along with accessories like a pink ball and “Aibone” toy bone. Aibo supports both Wi-Fi and LTE connectivity through AT&T. That LTE functionality will be included at no extra charge with the Aibo’s three-year “AI Cloud Plan,” which is needed to enable the dog’s more advanced functions (like facial recognition). What that will cost after the three-year period is currently up in the air.

Thanks to the bundled AI Cloud Plan, Sony claims the Aibo can recognize up to 100 individuals using the camera in its nose, and treat each person differently based on their interaction history. Like it when your Aibo rolls over? Through positive reinforcement — either by praising Aibo verbally or scratching it along one of its capacitive touch sensors on its back, chin, and forehead — Aibo will learn to roll over more often when you’re around, and less so for your friends or partner. “It will learn not only your behavior, but your moods,” Fasulo says. “It can detect if you’re smiling, or if you’re not.”

Using the My Aibo app, you can manage your robot dog, unlock new tricks and see how much of your home its mapped with its spatial location camera located on the base of its tail. Aibo will use the generated map to find its way back to its charger when it runs out of juice after two to three hours of use. You can add notes sections of the map with tags like “Kitchen,” giving your Aibo more context when issuing commands. It’s easier to send your robot dog to the kitchen if it knows where the kitchen is, after all.

Over time, and thanks to its always-connected software, Aibo can learn new tricks, and even gain more functionality depending on whether or not Sony wants to add any. According to Fasulo, Aibo’s hardware is capable of doubling as a mobile smart home assistant, though the functionality isn’t present at the moment. Whether that means the functionality is on the “Technologically it’s capable of many things, and sure, it could be adapted to be more of an assistant,” says Fasulo.

Basic assistant functionality would be a big plus, especially considering both the Aibo’s price point and competition from cheaper, emotionally engaging robots from companies like Anki, which integrate similar touch sensors and face-recognizing cameras to facilitate interaction with its gadgets. However, one looks like a miniature forklift while the other is a dog that will do tricks, follow you around and beg for a good scratch on its head. How much that’s worth is up to you. 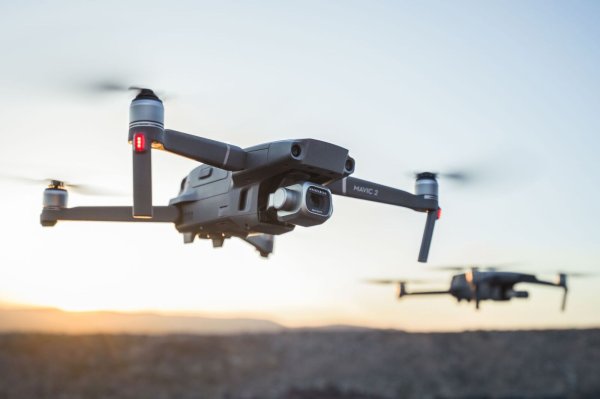