Memoirs carry a certain power because they are real stories about real life — it’s no wonder why everyone is so anxiously awaiting the arrival of Michelle Obama’s Becoming. But until its release this November, catch up on the rest of the year’s most notable memoirs. From stories of living with chronic illness to founding the Black Lives Matter movement, here are the best memoirs of 2018 to date.

Tara Westover grew up in the mountains of Idaho with survivalist parents who never let her see a doctor or a nurse. Despite being completely isolated from the outside world, Westover taught herself what she needed to know to get into college. This story of total self-reinvention — from not knowing what the Holocaust was to eventually going to Harvard and then Cambridge University for a PhD — is a testament to the power of education and the strength it takes to build and break relationships.

This intimate telling of chronic illness, addiction and pain stems from Porochista Khakpour’s battle with late-stage Lyme disease. Her journey, which includes several misdiagnoses, hospitalizations and struggles with her mental health, is an honest look at how the healthcare system fails the people who need it the most. Sick details not only the devastation of chronic illness, but also how misdiagnoses can alter someone’s quality of life.

In the Shadow of Statues: A White Southerner Confronts History by Mitch Landrieu

As the mayor of New Orleans, Mitch Landrieu had a delicate call to make when he decided last May to remove four Confederate monuments in the city. He writes about what led him to that decision and how the narrative around race in the U.S. has intensified with the rise of Donald Trump. Landrieu is an example of a politician who acknowledges that America’s past isn’t pretty, but he’s also working to shift a damaged culture that he feels has been ignored for too long. This is an inspiring tale that is both political and personal — urging readers to understand the country’s past and the work that is needed to change the present.

Buy now: In the Shadow of Statues: A White Southerner Confronts History

No One Tells You This by Glynnis MacNicol

When Glynnis MacNicol turned 40, she realized most of her life contradicted society’s expectations of adulthood. With no children or partner, she writes about finding fulfillment in being a single woman. Her honest and funny stories about love, sex, grief and friendship help shape an image of contemporary womanhood that is both demanding and gratifying. MacNicol encourages women to make their own rules and asserts that the definition of a “grown up” is whatever you want it to be.

Buy now: No One Tells You This

When They Call You a Terrorist: A Black Lives Matter Memoir by Patrisse Khan-Cullors and Asha Bandele

After Trayvon Martin’s killer was acquitted of all charges, Patrisse Khan-Cullors decided she had to do something. Overwhelmed with the hardships of being a black woman in America, she turned her pain into the driving force behind the Black Lives Matter movement. This is a story of perseverance from a woman who found her voice in a world that often tried to shut her out. When They Call You a Terrorist is more than just a reflection on the American criminal justice system. It’s a call to action for readers to change a culture that allows for violence against people of color.

Buy now: When They Call You a Terrorist: A Black Lives Matter Memoir

While “fake news” runs rampant across headlines, Seymour M. Hersh reminds readers that real journalism takes grit. The Pulitzer Prize winner reflects on his time spent across the world — from D.C. to the Middle East — illustrating an adventurous life of chasing down sources and challenging critics. Aspiring journalists will definitely find inspiration in Reporter, but everyone can benefit from reading about why uncovering the truth can be both challenging and rewarding.

Old In Art School: A Memoir of Starting Over by Nell Painter

Nell Painter was an accomplished historian and professor at Princeton University for many years. Suddenly, she realized she wanted to make a change — in her 60s. Returning to school, Painter gets her BFA and MFA in painting, one of her greatest passions. While exploring what it truly means to be an artist, this book asks honest and important questions about how our definition of identity influences our shared concept of art.

Buy now: Old In Art School: A Memoir of Starting Over 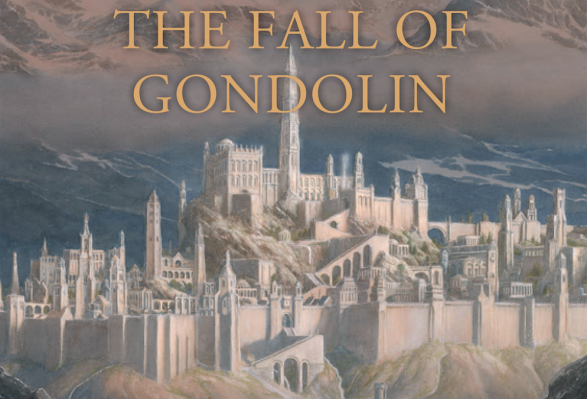 How J.R.R. Tolkien's New Book Sets Up an Iconic Lord of the Rings Scene
Next Up: Editor's Pick