Romantic Comedies get a bad rap. It’s never been the most progressive genre–how many times have we watched a hero save the damsel, or a high-powered executive flirt with his secretary? And the odds are stacked against the rom-com: box-office grosses are down; audiences are increasingly wrestling with traditional gender dynamics; and there’s a persistent belief in Hollywood that women, the genre’s target demo, will enthusiastically go see superhero movies, but men have to be dragged kicking and screaming to romantic comedies.

And yet, slowly but surely, the rom-com is making a comeback. And the film industry is starting to get it right. A few of this summer’s most enjoyable movies–the Nick Hornby adaptation Juliet, Naked; the box-office smash Crazy Rich Asians; and the sleeper Netflix hit Set It Up–attempt to resolve the tension between what we emotionally need and what we intellectually know is best. All three movies refocus on what women want–beyond a man–and celebrate equal partnerships.

Rom-Coms are typically the playground of 20-somethings, but Juliet, Naked doesn’t shy away from the problems that come with growing up. Ethan Hawke’s aging musician Tucker Crowe is a mess, juggling a handful of exes and even more children. Crowe’s haplessness might have been charming in his 20s, but at this stage, his love interest Annie (Rose Byrne) is contemplating having a baby on her own and is wary of getting mixed up with a man-child.

Set It Up similarly presents female protagonists with modern priorities. Two personal assistants (Zoey Deutch and Glen Powell) conspire to set up their workaholic bosses (Lucy Liu and Taye Diggs)–and lighten their own workload in the process. Liu’s Kirsten is a demanding editor who yells for pitches through a bullhorn. At one point she lectures her assistant on the perks of being picky: “I could be thrice divorced by now.” Another film might cast her as desperate. But she teaches her assistant to reap the benefits of putting ambition before love.

Then there’s Crazy Rich Asians, which, at first blush, looks like an opulent Cinderella story. A professor named Rachel (Constance Wu) stands to secure a life of luxury if she marries her überrich boyfriend Nick (Henry Golding). But her career ambitions stand in the way: Nick’s mother would prefer that Rachel give up her job so Nick can return home to run the family business. Rachel refuses to compromise who she is–even for love.

These films don’t get everything right. Juliet, Naked can portray women as baby-crazy. Crazy Rich Asians still culminates with a giant engagement ring. And Set It Up has a retrograde counterpart on Netflix: The Kissing Booth. That movie centers on a romance between two teens: a possessive guy with anger-management issues and an insecure girl who’s constantly being slut-shamed–including by her school principal. The girl tries to tame the boy, and he lures her onto his motorcycle. Netflix doesn’t release viewership numbers, but its execs say The Kissing Booth is a massive hit. Its popularity speaks to a desire, even among today’s progressive teens, to watch a good girl break the rules for an infatuated boy–like leather-clad Sandy smoking a cigarette at the end of 1978’s Grease.

There’s a reason we’re addicted to these toxic clichés. Who wouldn’t want a boyfriend willing to run after them through an airport, especially in an era when people can find another potential partner with just one swipe?

But movies like Set It Up should remind writers that a better formula exists. The best romances, modeled on Jane Austen’s classic Pride and Prejudice, empower women: two equals argue with each other until they overcome their respective egos and fall in love. Spencer Tracy and Katharine Hepburn built careers on this model, and nobody ever doubted Hepburn’s power. Great films like His Girl Friday and When Harry Met Sally share this DNA. The couple’s bickering serves as necessary tension to move the plot forward, and the heroines are considered attractive because of their opinions–not despite them. That is a worthy idea, even if the execution isn’t always perfect. But then again, no one ever said love was easy. 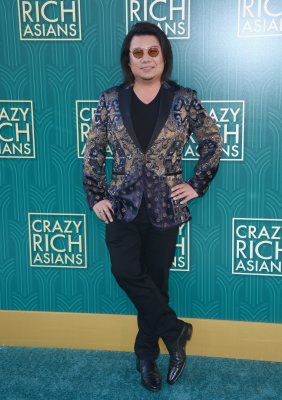