Looking at Minding the Gap as simply a skate movie would undermine one of this year’s most thoughtful and emotionally complex films. The documentary, which is now streaming on Hulu, centers on the stories of three skateboarders from Rockford, Illinois — Zack, a 23-year-old new father; Keire, a talented 17-year-old looking for direction; and Bing Liu, the film’s director, who also serves as the doc’s videographer, co-editor, and co-star.

In Minding the Gap, Liu and his friends find refuge at the skate park from the domestic abuse and trauma in their pasts. But as they hurtle towards adulthood, they question the ways in which race, class, and toxic masculinity have shaped them. And it forces them to recognize the limitations of gravity-defying tricks and rough thrills. The way the film observes the complex growing pains of its subjects is both intimate and disarming: Liu’s vérité style refuses to look away or pass harsh judgments, eliciting raw honesty and earnest searches for answers from the boys, even as the devastating cycles of violence that they’ve experienced begins to replicate in their own lives.

Liu sat down with TIME to discuss how skate videos turned into his first feature doc, what making a film as both the subject and director is like, and how the abuse in his own life has made him determined to help break cyclical violence.

You started making skate videos when you were a teenager. How did it turn into Minding the Gap?

I got my first camera when I was 14 and made skate videos, but I set out to make Minding the Gap when I was 23, 24. It wasn’t until the last year of editing that I went back and looked at old footage. It can really give you a sense of who I was as a filmmaker and who Zack and Keire were when they were young, and what it means for them to have gone through this journey.

You had incredible access to your subjects, Zach and Keire; how did you get that trust and maintain it as you were making the film?

When I met Keire, I saw this one black skateboarder there with this group of white friends. I interviewed him and he opened up to me immediately. There’s one interview where we commiserated about crying — and he’s told me this now, years later — that he realized it was O.K. to talk about your feelings and not get made of fun for it. With Zach, he’s so charismatic and so extroverted that he relished being on camera a little bit more. As we filmed more and more dark parts of his life, I just kept checking in with him and saying, “how do you feel about everything I’ve captured, both on and off camera?” And he was just like, “what you’re getting is what you’re getting.” When I showed him the film, he actually told me he was relieved because he thought he was going to get portrayed worst.

Why did you choose to include yourself in this narrative?

It just felt right. I was a member of this community. I experienced something similar. That’s all that felt necessary for some time and then when Nina told me that Zack was being abusive, I thought “Oh, this is like ethically tricky now.” So ultimately it came from needing to put the filmmaking up front for the audience to see how I navigated it

There are a lot of instances where you’re confronting domestic abuse firsthand, especially when you realize that Zack is being abusive to his girlfriend Nina; where did you differentiate between being a filmmaker and being a friend?

The film was never going to justify him hitting her as something that was right and that was always the line for me. I mean, that comes from me having grown up with it and learning about the cycle of violence. But I had this uniquely human access to someone who was abusive. What’s the psychological toll and process that leads to them to that point? That’s what I knew I had access to. When I had the conversation with Nina in the car, it came from a place where I wasn’t just a friend to Zack, but also to Nina, and that compelled me to react the way that a friend would react when you see a friend get back together with someone that’s not healthy for them.

You also talked to your mom about the abuse that you both suffered from your stepfather; was that the first time you discussed it with her?

When I was growing up, I didn’t see a lot of her, she was working all the time and second and third shift too. I sort of lost touch when I moved to Chicago, because there was this incident that happened with my stepfather right before I moved. When she finally decided to divorce him, it was during the filmmaking. All of a sudden, I had this access point to be able to see her when I came back to Rockford. And I remember we would try to talk about it, and it would always get really emotional, really quickly. So part of why I wanted to make sure that other filmmakers were there was that it was a chance to really capture something that is easier to analyze later.

Why did you choose to explore emotion and trauma through the vehicle of skate culture?

None of these ideas are new to people who actually skateboard, but it’s so hard to voice and articulate what seems so obvious to people who do this really risky behavior where you end up getting hurt a lot. [They] just love this thing so much, one of the few things that gives them a sense of freedom or control in their lives. I think that’s what drove me to choose skateboarding as the world in which this coming-of-age story happens. 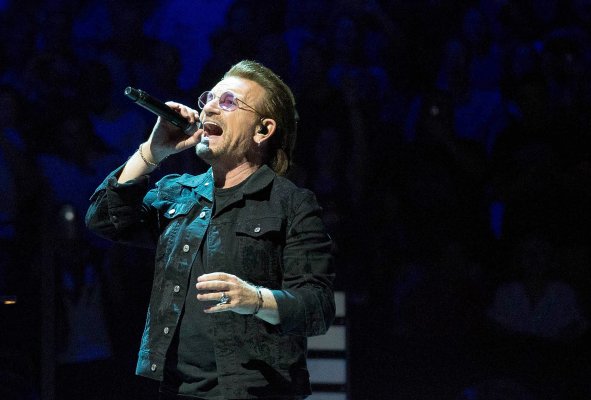