Here’s one crocodile that knows exactly how to live the best life. Earlier this month, a Florida crocodile was spotted crossing a canal in Key Largo — by using a floating pool noodle to make its life a little easier.

“My first thought was, ‘What happened to the person that was on the noodle?'” local resident Victor Perez told Fox News after he spotted the yellow noodle making its way across the canal, with the crocodile comfortably arranged atop it. (The reptile’s green-brown body is nearly camouflaged with the water of the canal.)

“I don’t know how he got that thing, but he looked like just any typical Florida tourist!” Perez added. His photos of the crocodile and its flotation device, posted to social media, were a big hit.

It remains unclear where or how the croc picked up the noodle — and what pool is now missing one of its toys. But crocodiles are known to be clever, wily creatures that have been at the center of all kinds of unusual incidences, especially when they encounter human development.

And while it may look like the crocodile is just asking for a pool party to take place in the canal, swimmers will probably want to avoid that stretch of water for the foreseeable future. 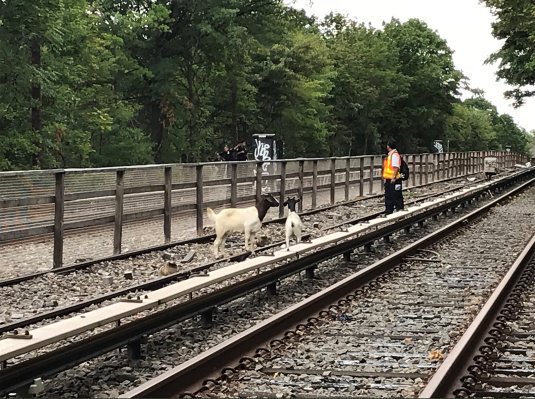 Runaway Goats May Have Caused the First Cute Subway Delay Ever
Next Up: Editor's Pick