Immigration agents in California on Wednesday detained a man who was accompanying his pregnant wife to the hospital to deliver a baby, saying he had an arrest warrant for homicide in Mexico.

Maria del Carmen Venegas said she had to drive herself to the hospital for a scheduled Caesarean section after her husband, Joel Arrona Lara, was taken into custody by Immigration and Customs Enforcement (ICE) agents, the Associated Press reports.

“My husband needs to be here,” Venegas told CBS Los Angeles after giving birth to a baby boy. “He had to wait for his son for so long, and someone just took him away.”

The couple was approached by ICE agents asking to see identification when they stopped at a San Bernardino gas station on their way to the hospital Wednesday, Venegas told CBS. Venegas showed her ID when asked, but the couple reportedly told the ICE agents that Arrona did not have his with him. The agents then searched the couple’s car and took Arrona into custody, Venegas told CBS.

Venegas, who can be seen sobbing in gas station surveillance footage, confirmed that her husband, who is from Mexico, has been living in the U.S. illegally for 12 years, according to AP.

ICE representatives confirmed in a statement provided to TIME that Arrona had been taken into custody, and that agents were confident Venegas — who they said was driving prior to the gas station stop — could take herself to the hospital.

The ICE statement said that Arrona-Lara had an arrest warrant from Mexico, which led to his detainment.

“Mr. Arrona-Lara was brought to ICE’s attention due to an outstanding warrant issued for his arrest in Mexico on homicide charges.” The statement adds, “All of those in violation of the immigration laws may be subject to immigration arrest, detention and, if found removable by final order, removal from the United States.”

Venegas, a mother of five, told CBS that the family will hire a lawyer to advocate for her husband’s release.

This story has been updated to reflect ICE’s latest statement. 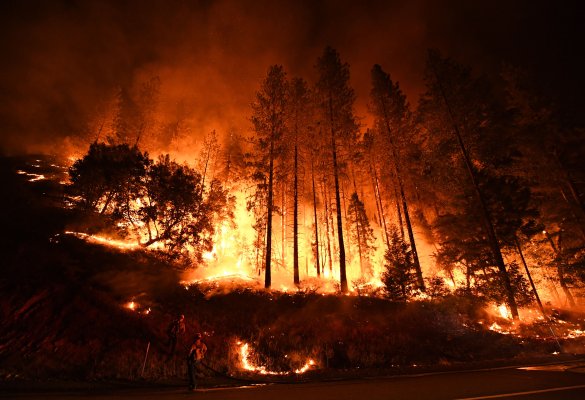