She Lost Her Contact Lens 28 Years Ago. It Was Stuck In Her Eyelid the Whole Time

When a U.K. woman went to the doctors with a swelling in her upper left eyelid, she didn’t expect the cause to date back to a contact lens she thought fell out 28 years before.

An MRI scan of the mystery lump revealed the existence of a cyst, so doctors decided to operate, according to a case study in the British Medical Journal released last week. When they extracted the cyst, its outer tissue ruptured and revealed an “extremely fragile” hard contact lens, which was cracked and damaged, BMJ reports.

At first, the source of the lens was a mystery. But after further questioning, the patient’s mother revealed that when her daughter was 14 years old, she was hit in the left eye by a shuttle cock while playing badminton, the case study said. The then-teen was wearing contact lenses at the time, which she assumed fell out and was lost on impact. Her eyelid swelled up after the injury, but eventually went back to normal and the incident was forgotten.

Until July, that is, when she made medical history by becoming the person to have a contact lens stuck in her eye for the longest time ever, BMJ says. Doctors said they found four past cases of “lens migration” due to trauma, but none that laid dormant for as long as 28 years.

One mystery remains — doctors couldn’t work out exactly why the patient’s eye became inflamed when it did, after 28 years without trouble.

However, the moral of the story, doctors said, was always to look at patients’ previous trauma while making a diagnosis. 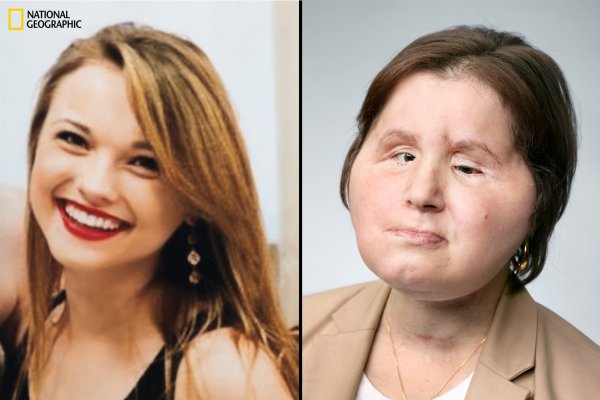 'You Have a New Identity.' Patients Share What It’s Like to Recover From a Face Transplant
Next Up: Editor's Pick