Retired Adm. William H. McRaven, a former Navy SEAL and commander of Joint Special Operations Command, wrote an open letter in the Washington Post Thursday in which he asked Trump to revoke his security clearance, as well. McRaven adds to the growing chorus of criticism over Trump’s targeting of Brennan and other former intelligence and security officials who have spoken out against him.

McRaven, in his letter in the Post, said Brennan was “one of the finest public servants I have ever known,” adding that he “would consider it an honor if you would revoke my security clearance as well, so I can add my name to the list of men and women who have spoken up against your presidency.”

He added: “Through your actions, you have embarrassed us in the eyes of our children, humiliated us on the world stage and, worst of all, divided us as a nation.”

The White House announced Wednesday that Trump had revoked Brennan’s security clearance, with the President citing “erratic conduct” and “outrageous allegations.” Brennan hit back on Thursday, saying that his involvement in the investigation into Russian involvement in Trump’s 2016 election victory was the reason for his dismissal.

All of the names on Trump’s list have either been publicly critical of him, or were involved in the investigation of the Trump campaign and Russian interference in the 2016 election.

Below is the full text of the letter signed by 13 former senior intelligence officials: 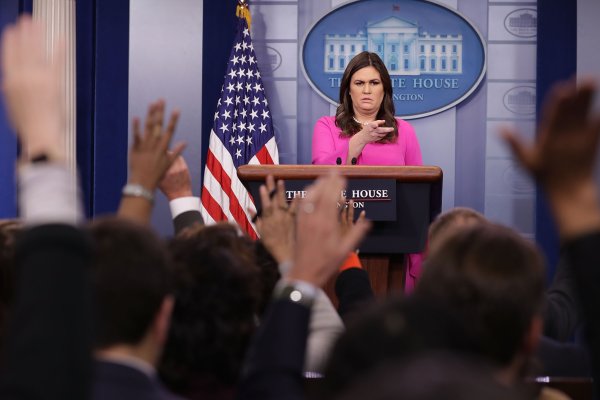 Half of Republicans Believe the Media Is the Enemy of the People: Poll
Next Up: Editor's Pick