The celebrity doctor, whose real name is Denis Furtado, conducted the fatal procedure on patient Lilian Calixto at his home in Rio de Janeiro last month. Calixto, a 46-year-old bank manager and mother-of-two, fell ill during the operation. She was transported to the hospital where she died several hours later.

Furtado, who has appeared on Brazilian TV and has nearly 650,000 Instagram followers, is known for attracting women clients “with the false promise of quick and immediate beauty,” according to the public prosecutor’s office in Rio de Janeiro.

The enhancement surgery was reportedly conducted with the help of Furtado’s mother, girlfriend and maid.

According to the charges against Furtado, he injected his patient with a far larger dose of PMMA — a synthetic resin also known as acrylic glass filler — than is considered safe. The Brazilian Plastic Surgery Society has warned against using PMMA for aesthetic purposes.

The doctor was also reportedly not registered to practice medicine in Rio de Janeiro.

After the operation, Furtado went on the lam but police caught him four days later. His girlfriend has also been arrested on suspicion of assisting in the fatal procedure, while his mother, Maria de Fátima Barros Furtado, also faces charges for continuing to practice medicine after her medical license was revoked.

Furtado took to social media to defend himself. In a video, he called Calixto’s death a “fatal accident” and also claimed to have performed 9,000 similar procedures which he insisted were legal in Brazil. 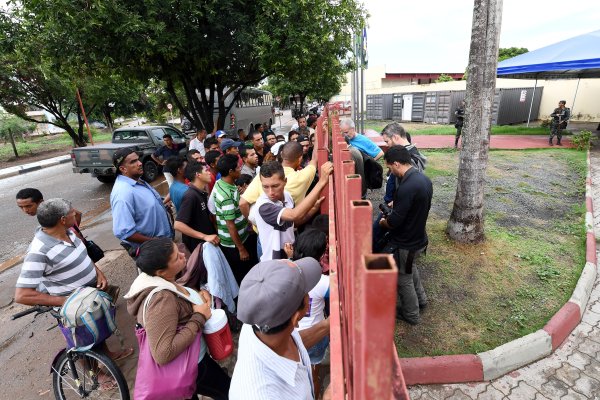