When news broke that legendary soul singer Aretha Franklin had died, tributes poured in from around the globe. Ariana Grande did one better. She stopped by The Tonight Show on Thursday night to perform a song in the singer’s honor.

Backed by The Tonight Show‘s house band, The Roots, Grande paid tribute to the late Queen of Soul with a performance of the song Franklin made famous, “Natural Woman.” Variety reports that The Roots band leader Questlove had to convince Grande to perform the tune. Grande was reportedly concerned that she was “too emotional” to pull it off. While she did manage to deliver a heartfelt homage to Franklin, Grande left the stage in tears after garnering a standing ovation for the performance.

Originally, Grande was not slated to perform on The Tonight Show. She was only meant to appear briefly to promote her new album Sweetener, which dropped at midnight. At the last minute, Grande opted to include a performance, as well.

Earlier in the day, Grande shared a photo she’d taken with the late singer. 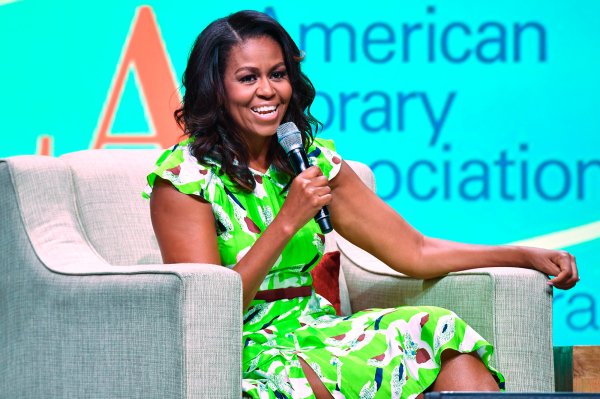 Michelle Obama Encourages First-Generation College Students: 'There Are So Many People Who Believe In You'
Next Up: Editor's Pick