Amazon.com Inc. is in the running to acquire Landmark Theatres, a move that would vault the e-commerce giant into the brick-and-mortar cinema industry, according to people familiar with the situation.

The company is vying with other suitors to acquire the business from Wagner/Cuban Cos., which is backed by billionaire Mark Cuban and Todd Wagner, according to the people, who asked not to be identified because the discussions are private. The chain’s owners have been working with investment banker Stephens Inc. on a possible sale, the people said. No final decisions have been made, and talks could still fall apart.

Pushing into movie theaters would follow Amazon’s expansion into myriad other forms of media, including a film and TV studio and music service. With Landmark, it gets a chain focused on independent and foreign films that was founded in 1974. The company has more than 50 theaters, including high-profile locations in New York, Philadelphia, Chicago, Los Angeles and San Francisco, with about 250 screens in 27 markets.

Amazon, based in Seattle, declined to comment. Officials at Landmark couldn’t be reached after normal business hours.

Though the acquisition price for Landmark would likely be small, it would mark a significant new incursion by Amazon into the physical world. The online retailer shocked the supermarket industry last year by acquiring Whole Foods for $13.7 billion, positioning the organic-food chain in the middle of its campaign to sell more groceries.

Amazon, founded as a book seller, previously disrupted that industry by giving authors an alternative to the big publishers, eliminating a middleman between readers and artists. It opened its first brick-and-mortar bookstore in 2015 in Seattle and now has nearly 20 around the country.

The U.S. government has previously barred film studios from the theater industry. But the U.S. government said earlier this month that it was considering terminating a 70-year-old Hollywood settlement that halted the vertical integration of studios and theaters. The so-called Paramount decree may have prevented smaller films from getting wider distribution.

Cuban and Wagner also own Magnolia Pictures, the production company 2929 Productions, and the networks AXS TV and HDNet Movies. Cuban, a 60-year-old who also appears on the reality show “Shark Tank,” told the Hollywood Reporter in April that he hired a bank to evaluate offers, but said at the time he was in “no rush to sell.” 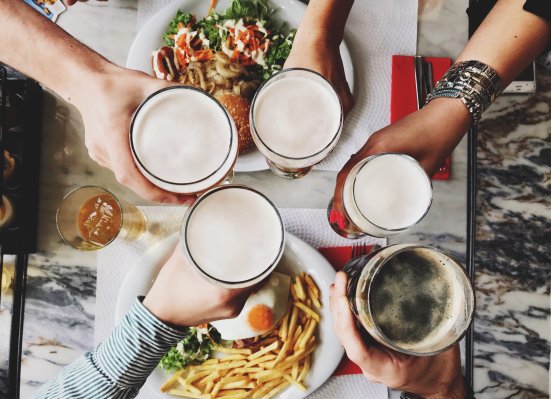 Americans Are Spending an Incredible Amount of Money at Restaurants
Next Up: Editor's Pick