German police lead arriving migrants along a street to a transport facility after gathering them at the border to Austria on October 28, 2015 near Wegscheid, Germany.
Johannes Simon—Getty Images
By Mahita Gajanan

An Austrian immigration official rejected the asylum request of an Afghan teenager who said he was gay because he didn’t exhibit stereotypical gay behavior, according to reports.

The official from Lower Austria did not find grounds of fear of persecution based on the teen’s sexual orientation, the Austrian weekly Der Falter reported, citing documents related to the refugee’s case.

“The way you walk, act or dress does not show even in the slightest that you could be homosexual,” the official reportedly wrote when he rejected the asylum claim, according to Agence France-Press.

The 18-year-old Afghan teen had come to Austria alone as a minor. Homosexuality is illegal in Afghanistan.

The official who oversaw the asylum application relied on stereotypes about gay people to justify the rejection, according to the AFP report.

The teen had said he became aware he was gay when he was 12, which the official said was “rather early” and unlikely in a place like Afghanistan “where there is no public sexual stimulation through fashion and advertisement.”

The official also doubted the teen’s claim that he liked to spend time alone or with small groups of people, asking “Aren’t homosexuals rather social?” Because the Afghan teen had fought with others at the place he was being housed, the official said he found “potential for aggression” which “wouldn’t be expected from a homosexual.” The official further rejected the teen’s claim that he had kissed straight men, saying he would have been beaten if that had happened.

The teenager is appealing the decision, Der Falter reports.

Austria’s interior ministry said it could not comment on the case, but noted it was “not reflective of the [wider] reality,” AFP reports. 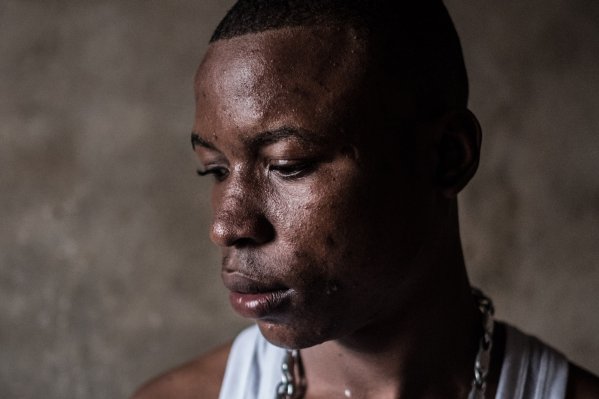 The Teenage Miner, the Village and the 709-Carat Diamond That Changed Everything
Next Up: Editor's Pick