Taylor Swift had an impassioned message for victims of sexual assault during her latest concert, marking the anniversary of when a court ruled in her favor during a civil sexual assault trial.

“A year ago I was not playing in a stadium in Tampa, I was in a courtroom in Denver, Colorado,” Swift said on stage. “This is the day the jury sided in my favor and said that they believed me.”

The singer then expanded the focus of her speech to touch on unsung victims of sexual assault.

MORE: ‘I Was Angry.’ Taylor Swift on What Powered Her Sexual Assault Testimony

Last August, Swift testified in a Denver, Colo., court that she was assaulted and battered by former radio host David Mueller in 2013 during a meet and greet. Swift had sued for a symbolic $1 after Mueller had sued her for defamation.

Some people in the audience on Tuesday held up one dollar bills, a gesture to mark the dollar that Mueller was court ordered to give her following the ruling. Mueller told the Associated Press in December that he sent her a golden Sacagawea dollar coin via the mail.

Swift spoke out about the trial to TIME for the 2017 Person of the Year. She appeared on the cover as one of the faces of “The Silence Breakers,” people who have spoken out about sexual harassment or assault and inspired others to follow suit.

“I figured that if he would be brazen enough to assault me under these risky circumstances and high stakes, imagine what he might do to a vulnerable, young artist if given the chance. It was important to report the incident to his radio station because I felt like they needed to know,” she told TIME. 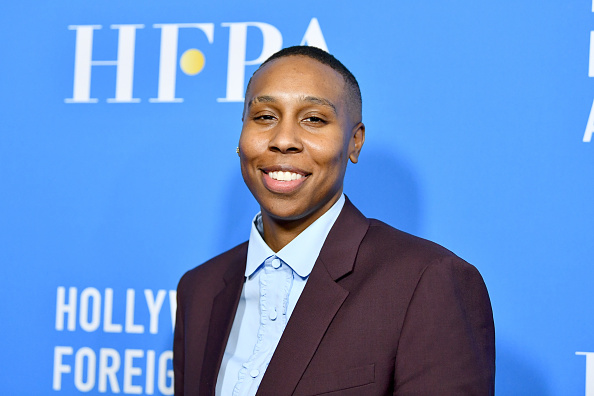 Lena Waithe Says Cutting Her Hair Allowed Her to Let Go of a 'Piece of Femininity'
Next Up: Editor's Pick