NSA whistle-blower Edward Snowden in a still image taken from video during an interview by the Guardian in his hotel room in Hong Kong on June 6, 2013
Glenn Greenwald and Laura Poitras—The Guardian/Reuters
By Alexandra Sifferlin

Former National Security Agency contractor and whistleblower Edward Snowden has insisted he voiced concerns to the NSA over the breadth of its surveillance programs before he decided to leak classified data, in a new interview with Vanity Fair.

NSA deputy director Rick Ledgett, who investigated Snowden, has claimed the former contractor never filed a complaint formally, or personally to any of his colleagues. But Snowden denies this, saying he did make complaints, and some were over email to NSA’s lawyers. In the interview, Snowden “directly” challenges NSA to deny he went to NSA oversight and compliance bodies with complaints.

Snowden also addresses rumors about the number of documents he has in his possession, including reports that they number 1.7 million. Snowden says that’s simply a “scare number” from investigators. “What senior official is going to go in front of Congress and say, ‘We have no idea what he has, because the N.S.A.’s auditing of systems holding hundreds of millions of Americans’ data is so negligent that any high-school dropout can walk out the door with it?’” Snowden says.

Excerpts from the interview were published on the same day Snowden claimed the NSA targeted human rights groups, The Guardian reports. In live testimony by videophone before human rights body the Council of Europe, Snowden said groups like Human Rights Watch and Amnesty International may have been under surveillance.

“The NSA has targeted leaders and staff members of these sorts of organisations, including domestically within the borders of the United States,” he said.

Snowden told Vanity Fair that popular opinion is shifting on how far the government should go to keep its citizens safe. “What we’re seeing today in America is a new political movement that crosses party lines,” he said. “This post-terror generation rejects the idea that we have to burn down our village in order to save it—that the only way to defend the Constitution is to tear it up.” 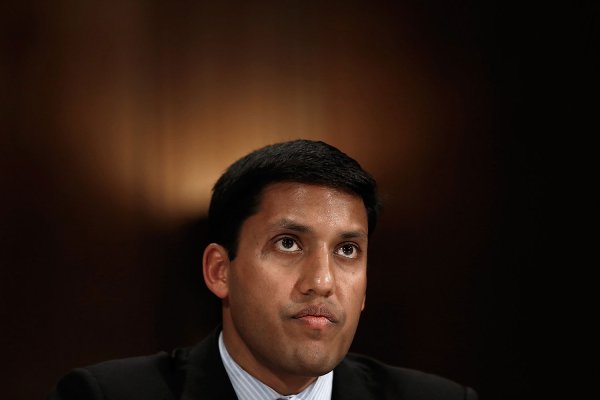 USAID: 'Cuban Twitter' Meant to Inform, Not Disrupt
Next Up: Editor's Pick