'Greatest Vocalist I've Ever Known.' Celebrities Are Responding With Powerful Homages After the Passing of Soul Icon Aretha Franklin

Musical icon Aretha Franklin died at the age of 76 in Detroit, Michigan on Thursday morning.

The legendary Queen of Soul, known for her diva-worthy range and hits like “Respect” and “(You Make Me Feel Like a) Natural Woman,” was born in Memphis, Tennessee, but grew up singing in the her father’s church in Detroit before becoming an international superstar. During her 6-decade career, Franklin won 18 Grammy awards and was the first woman to be inducted into the Rock and Roll Hall of Fame in 1987.

It should come as no surprise that the music icon was widely mourned by celebrities and fans alike, especially by her fellow musical artists. Many of them took to social media to share their condolences, relating emotional tributes and stories to a singer whose work had a profound impact on not only her industry, but culture as a whole.

“I want to begin today by expressing my condolences to the family of a person I knew well. She worked for me on numerous occasions. She was terrific — Aretha Franklin — on her passing. She brought joy to millions of lives and her extraordinary legacy will thrive and inspire many generations to come. She was given a great gift from God — her voice, and she used to well. People loved Aretha. She was a special woman. So just want to pass on my warmest best wishes and sympathies to her family.” 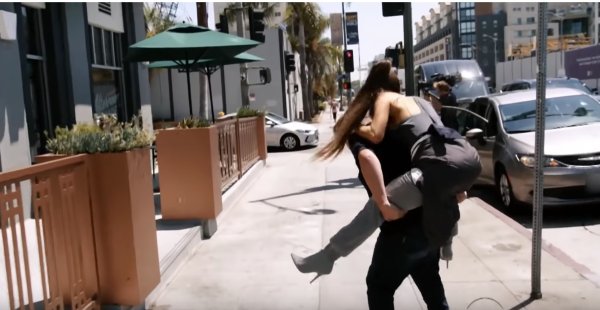 Ariana Grande Has Fun With the Rumor That She Must Be Carried Everywhere
Next Up: Editor's Pick