New Zealand has become the latest country to ban single-use plastic bags in an effort to tackle plastic pollution.

On Friday, New Zealand Prime Minister Jacinda Ardern announced plans to phase out single-use plastic bags over the next year in order to “look after our environment and safeguard New Zealand’s clean, green reputation,” the New Zealand Herald reports.

“Every year in New Zealand we use hundreds of millions of single-use plastic bags — a mountain of bags, many of which end up polluting our precious coastal and marine environments and cause serious harm to all kinds of marine life,” Ardern said. “Just like climate change, we’re taking meaningful steps to reduce plastics pollution so we don’t pass this problem to future generations.”

“It’s also the biggest single subject schoolchildren write to me about,” she said.

Read More: See How Many LEGO Skyscrapers You Could Build With a Year’s Worth of Ocean Plastic Waste

New Zealand is one of the highest producers of urban waste per capita in the developed world, according to figures from the World Bank.

Every year, 8 million metric tons of plastic end up in the oceans, according to a 2015 study, and that figure could increase by ten-fold over the next 10 years if action is not taken. Some studies predict that by 2050, the world’s oceans will be filled with more plastic mass than fish mass.

According to the U.N., New Zealand joins more than 60 countries that have introduced bans and levies on single-use plastics, including India and the United Kingdom. 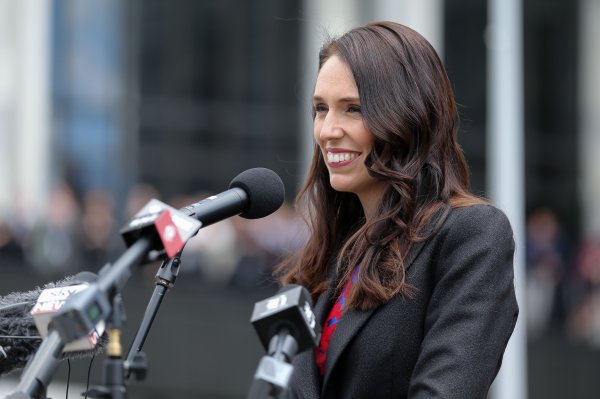 Jacinda Ardern Returns to Work After Maternity Leave
Next Up: Editor's Pick