There are 559 migrant children who have not been reunited with their parents after they were separated from their families at the U.S.-Mexico border earlier this year, according to a new court filing from the Trump Administration.

Of the 2,511 separated children, 1,569 were reunited with their parents who are in the custody of U.S. Immigration of Customs Enforcement. The Trump Administration said 386 children had not been reunited because their parents were “outside the U.S.” There have been previous instances of parents being deported without their children.

For 163 children, parents said they did not want to be reunited, though government attorneys note that a “significant number” of those parents are outside the country.

The documents were filed as part of an order by U.S. District Judge Dana Sabraw, who gave the Trump Administration a deadline a 30-day deadline to reunite families. That deadline expired on July 26. MSNBC correspondent Jacob Soboroff first obtained the documents and posted them on Twitter Thursday night.

These are the remaining children separated from their families at the border as a result of the Trump Administration’s “zero tolerance” immigration policy. The policy sparked a major uproar and resulted in President Donald Trump reversing the order. 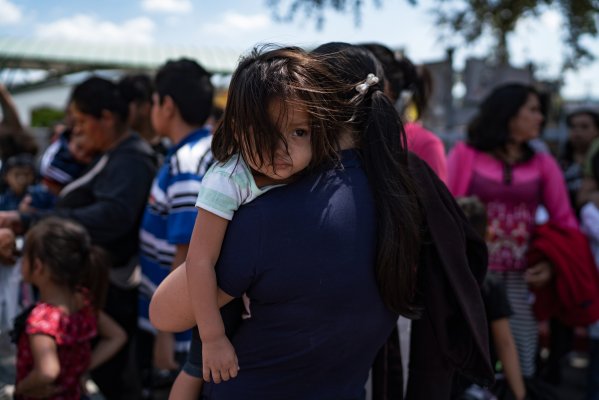 Trump Once Bemoaned This Immigration 'Loophole.' Now He's Reinstated It
Next Up: Editor's Pick