'This Is Very Strange.' An Illness Outbreak Possibly Related to an Ohio Chipotle Remains a Mystery Two Weeks Later

Chipotle restaurant workers fill orders for customers on the day that the company announced it will only use non-GMO ingredients in its food on April 27, 2015.
Joe Raedle—Getty Images
By Jamie Ducharme

Health officials have identified 644 people who became sick after eating at a Chipotle outside Columbus between July 26 and July 30, according to a Friday update from Ohio’s Delaware General Health District. The cause of the illnesses, however, remains unclear.

After stool samples initially tested negative for four of the pathogens typically behind food-borne illness outbreaks — E. coli, norovirus, shigella and salmonella — the Ohio Department of Health submitted leftover food samples for additional testing, thinking they might come back positive for either Bacillus cereus and Clostridium perfringens bacteria, both of which can cause food-borne illness.

Those tests, however, also came back negative for all six potential pathogens, according to the DGHD’s latest update.

“This is very strange, to not know a pathogen or a source after food samples were tested and stool, initially,” says Traci Whittaker, a public information officer with the DGHD.

Whittaker says stool samples have been sent to the Centers for Disease Control and Prevention (CDC) for more advanced testing, but results are not yet available.

Bill Marler, a lawyer who specializes in food-borne illness cases, says he originally suspected that Bacillus cereus might be behind the illnesses. With those results coming back negative, however, he says there’s a chance Staphylococcus aureus is to blame. That bacteria is typically associated with hospital-acquired infections, but it can also contaminate foods and cause gastrointestinal illness, according to the CDC. About 25% of people, many otherwise healthy, carry the bacteria on their skin or in their nose, the CDC says.

Aside from that, Marler says, he’s not sure what the pathogen could be. “The public health officials are certainly doing all the right testing,” Marler says.

A representative from Chipotle told TIME there is “nothing new to report.”

The restaurant in question, in Powell, closed on July 30, but reopened on July 31. No additional illnesses have been reported since it reopened. 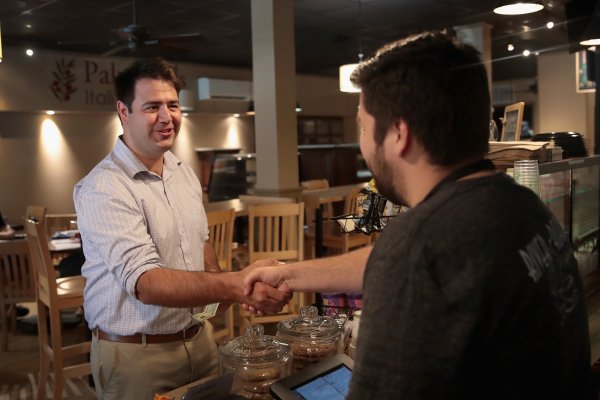 What to Know Ahead of Ohio's Special Election
Next Up: Editor's Pick