Why The Third Hotel Is Summer’s Creepiest Lost-Love Story

Zombies, an Island locale and an elusive spouse–Laura van den Berg’s new novel The Third Hotel contains all of the ingredients for a classic work of horror. But van den Berg is up to so much more than that, so she has no trouble pointing a big neon sign at her signifiers: protagonist Clare visits Cuba for a film festival headlined by a movie called Revolución Zombi.

Clare’s husband Richard, killed in a hit-and-run, was a noted scholar of horror cinema. She has taken his scheduled trip to the festival, hoping to feel close to him. Weirdly, her hope is realized when she spots Richard out of the corner of her eye near a museum.

Clare herself has taken a room in the third hotel she contacted, a grubby place with a grumpy young woman named Isa at the reception desk. Again the author shines neon toward symbols. She has Clare tell us that she always travels with, but never finishes, a copy of Patricia Highsmith’s The Two Faces of January, a book about a nasty con artist. Another character talks with Clare about humanity’s purported “third eye,” the seat of intuition and knowledge.

Van den Berg makes use of the horror-film trope of “final girls,” the female characters whose survival gives the audience hope even as it points to their demise. Clare becomes fascinated by Revolución Zombi‘s own “final girl,” actor Agata Alonso, whose glamorous aura seems to increase as Clare’s departs in her hunt for Richard. (A very bad haircut is involved.) And that hunt involves clues, from an unopened white box to a small red notebook to calls from Clare’s mother at home. Nothing is what it seems. Everything is seen through lenses fogged with loss and pain. Where was her husband now? Clare agonizes after his stateside funeral. Where do the dead go?

Things go bump in the night, and so do ideas, with the overall effect that readers will be as unsettled as the protagonist at every turn. Clare tells us on the first page, “I am experiencing a dislocation of reality,” an excellent description of grief, but also of modern Havana, a city that has recently opened to Western tourists but remains architecturally and materially beholden to its long communist past. Van den Berg throws Clare again and again into uneasy situations with inexplicable outcomes; this author has no fear of magical realism–and while she’s already been compared to giants of the genre, The Third Hotel owes its eerie power to no one else.

Not every author can make a character both fly through supernatural events and remain grounded in a place the way van den Berg does with Clare. The strength of van den Berg’s storytelling comes from Clare’s attempts to solve the mystery of why Richard has hunkered down in a different country, layered with grief from back home that continues to haunt her. She’s a “final girl” whose denouement horrifies in a modern, bloodless way. 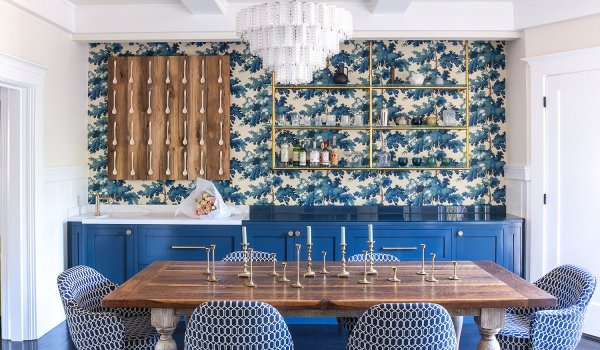 6 Decorating and Remodeling Tips From a Top Interior Designer
Next Up: Editor's Pick