Trump Is Piling Sanctions on Iran. Here's How the Tactic Could Backfire

A woman looks at golden jewelleries at Grand Bazaar as daily life continues despite of the U.S. sanctions against Iran on August 08, 2018 in Tehran, Iran.
Fatemeh Bahrami—Anadolu Agency/Getty Images
By Ian Bremmer

There’s no mystery as to why U.S. policymakers and politicians use sanctions. Targeted intelligently and implemented effectively, they can compel other countries to do things they wouldn’t do without war. They can push governments of smaller countries like Iran and North Korea to negotiate and separate terrorists from sources of funding. They can raise the cost of undesirable actions to larger countries like Russia, even when they can’t quickly change behavior. They can help politicians seem tough while relieving pressure for high-risk, high-cost strategies.

Sanctions on Iran helped President Obama and European leaders push Iran’s leaders toward a nuclear deal. Now that President Trump has withdrawn from that deal, he can use U.S. leverage to ratchet up another round of pressure. The reimposition of some sanctions on Aug. 7, and the credible threat that all-important oil sanctions will follow in November, will generate high anxiety in Tehran. Iran’s currency has plummeted this year, and there have been sizable protests against the regime as inflation rises. Its economy is set to contract sharply next year.

Yet there are many reasons that sanctions are far from an ideal tool. The U.S. remains an economic superpower, but there are now many more countries with the strength, resilience and confidence to shrug off U.S. pressure. While European companies may reluctantly agree to comply with U.S. demands to stop doing business in Iran, China and Russia likely won’t.

Sanctions on a country like Russia are of limited use, because they leave the Russian public, and the officials and oligarchs targeted by penalties, even more dependent on support from the state. That bolsters rather than undermines Vladimir Putin’s authority. Sanctioned governments are able to deflect criticism of economic mismanagement by blaming the U.S. for their woes.

In addition, sanctions can’t force countries to renounce what they consider core interests. The sanctions placed on Russia after the annexation of Crimea might limit its aggression against other countries, but they won’t push Russia out of Ukraine completely–not when it is so central to Putin’s vision of his legacy. Nor are sanctions against Iran likely to force its government to withdraw support for groups like Hamas and Hizballah. Iran may well think it easier to simply wait out the Trump presidency.

Sanctions can also backfire when they provoke retaliation that harms domestic interests. The more the U.S. uses its market power to apply pressure, the more countries will think twice about doing business with U.S. companies. And if policymakers weaponize the dollar too often, it could incentivize target countries–and those who fear being targeted in the future–to flock to other currencies for their reserves.

Finally, trade and financial wars, like regular wars, are usually won with the help of allies. Trump has embarked on trade conflicts with China, Europe, Canada and Mexico even as the U.S. targets Russia, North Korea, Venezuela and Iran with sanctions. On Aug. 1, Trump launched sanctions against Turkey over the detention of an American pastor, just days after Germany dropped its sanctions. Fighting everyone at once can be counterproductive, because sanctions require cooperation and coordination.

“I am asking for WORLD PEACE, nothing less!” tweeted Trump as he announced his latest move against Iran. Sanctions will certainly put pressure on Iran’s government, but universal harmony is probably not a realistic goal. 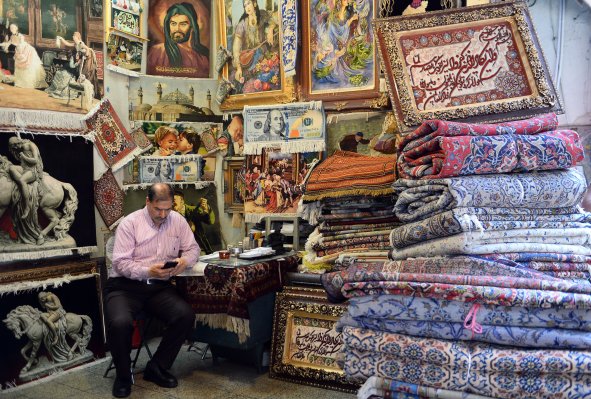 Iran Sinks Into Economic Gloom as U.S. Sanctions Return
Next Up: Editor's Pick