Jack Dorsey, CEO of Twitter is pictured at the digital fair dmexco in Cologne, Germany, on Sept. 13, 2017.
Rolf Vennenbernd—dpa/Getty Images
By Katie Reilly

Dorsey said that when considering whether to remove extremist accounts from the site, he relies on reports from users who are experiencing or witnessing harassment and then considers the “context of everything that’s happening around it.”

“There might be violent extremist groups that try to get onto our service, and we take that into consideration. We also look, in those particular cases, at off-platform behavior as well,” he said.

Jones — whose content was removed this week from Facebook, YouTube, Spotify and Apple for violating hate speech guidelines — has fueled false conspiracy theories about the deadly 2012 Sandy Hook elementary school shooting. The conspiracy theories have resulted in harassment and death threats to victims’ family members, some of whom have been forced into hiding and are now suing Jones for defamation. But Twitter has decided not to suspend Jones or his website InfoWars.

“We know that’s hard for many but the reason is simple: he hasn’t violated our rules. We’ll enforce if he does. And we’ll continue to promote a healthy conversational environment by ensuring tweets aren’t artificially amplified,” Dorsey said in a series of tweets on Tuesday. “Truth is we’ve been terrible at explaining our decisions in the past. We’re fixing that. We’re going to hold Jones to the same standard we hold to every account, not taking one-off actions to make us feel good in the short term, and adding fuel to new conspiracy theories.”

Hannity’s own role in promoting a conspiracy theory about the death of Democratic National Committee staffer Seth Rich sparked criticism and cost him advertisers last year. On Wednesday, Hannity praised Dorsey and asked if he had received requests to ban him from Twitter as well.

“I haven’t heard those requests directly, but I’m sure someone is saying it somewhere,” Dorsey said.

Asked whether Twitter should allow all kinds of speech to exist on the platform, except for violence, Dorsey said there should be some limits.

“I think there’s always boundaries to that,” he said. “You enumerated a number of them around violent threats or giving up personal information around someone’s home or office, or identifiable information that people could utilize to put them in real physical harm. We need to balance all of those constraints. We’ve tried to codify them in our terms of service. We do believe in the power of free expression, but we also need to balance that with the fact that bad-faith actors intentionally try to silence other voices.” 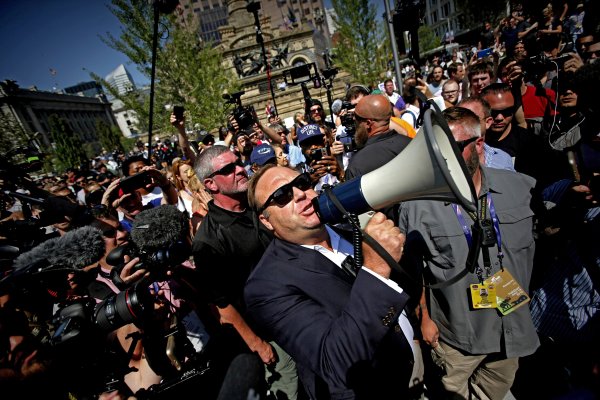