When FDA commissioner Scott Gottlieb stated that his agency was going to enforce stricter laws when it came labeling plant-based beverages as “milk,” he probably had no idea his words would eventually ruin a wedding.

Last month, at the Politico Pro Summit, Gottlieb said the FDA was going to crack down on non-dairy products like soy milk, oat milk, and almond milk being labeled as “milk” stating that true milk must come from “a lactating animal,” and jokingly pointing out that “an almond doesn’t lactate.”

Stephen Colbert was seemingly smitten with Gottlieb’s colorful language. He appeared on The Late Show wearing a white t-shirt with the phrase “an almond doesn’t lactate” written across the chest. Colbert explained his milk stance, saying, “If it ain’t from a mammal, you can’t call it milk. It has to be soy juice and almond sweat.”

Colbert then went on to challenge his viewers to work the phrase “an almond doesn’t lactate” into their wedding vows. It was clearly a joke, but one brave groom heard those words and thought, “challenge accepted.” On Thursday night’s episode of The Late Show Colbert unveiled footage of viewer Paul Glassman trying to make the phrase “an almond doesn’t lactate” sound romantic—and almost succeeding. 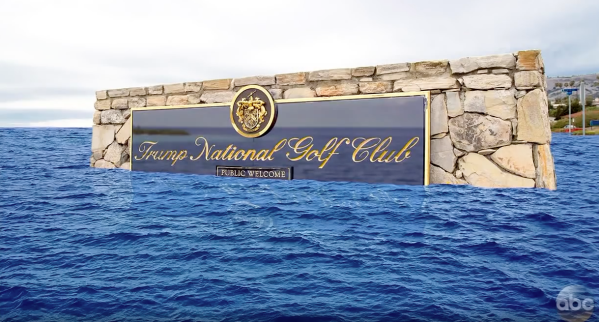 Jimmy Kimmel Tries to Get Trump to Act on Climate Change By Speaking His Language
Next Up: Editor's Pick