This image released by AMC shows Walter White, played by Bryan Cranston, in a scene from the second season of "Breaking Bad."
Ursula Coyote—AMC/AP
By Megan McCluskey

Today, Bryan Cranston is best known for his turn as menacing meth kingpin Heisenberg in Breaking Bad. But the 62-year-old actor apparently didn’t always come across as a convincing drug dealer.

In celebration of the tenth anniversary of the release of Pineapple Express, Seth Rogen decided to share some behind-the-scenes stories from the quintessential stoner comedy. But it was when producer Judd Apatow chimed in to reveal that he passed on Cranston for the movie that things really got interesting.

“I’ve got one,” he wrote on Twitter. “Bryan Cranston auditioned. He may have even read at a table read and I said, ‘I don’t think he seems scary enough to seem like a real drug dealer.’ If he did PE, maybe the Breaking Bad people would have said, ‘not him, he always plays drug dealers.'”

Fans of Apatow were then quick to conclude that he deserves credit for the existence of Breaking Bad. However, at this point, all we can know for certain is that Apatow has never been more wrong about a casting decision. 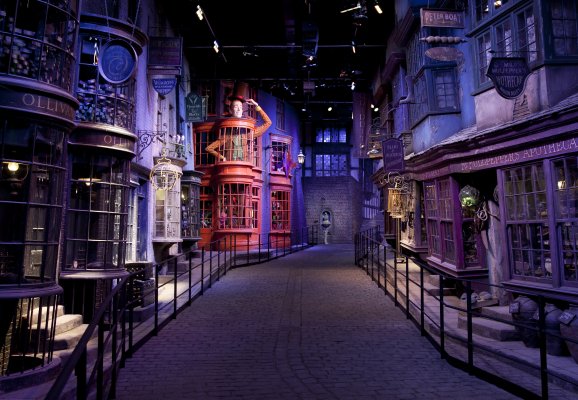 Put On Your Best Dress Robe Because a Magical Harry Potter Movie Marathon Is Happening
Next Up: Editor's Pick