Fistfight Breaks Out in Ukrainian Parliament

A fistfight broke out during a session of the Ukrainian parliament on Tuesday between communist lawmakers and members of the right-wing Svoboda (Freedom) Party as tempers rise over pro-Russian demonstrations.

Two deputies from a far-right nationalist party seized a communist leader, Petro Symonenko, as he was talking in Ukraine’s chamber, Reuters reported. The scuffle erupted after Symonenko said that Ukrainian nationalists were to blame for pro-Russian protesters seizing buildings in eastern Ukraine, because they set a precedent earlier this year by taking over government buildings in protest at the rule of ousted President Viktor Yanukovych.

But this is not the first brawl in Ukraine parliament. In February, a fight broke out after some demanded a snap presidential election. 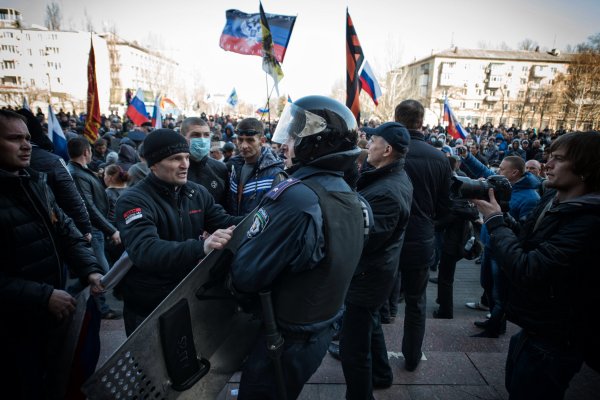