The Pope Changed the Catholic Church’s Position on the Death Penalty. Will the Supreme Court Follow?

When Pope Francis changed the Catholic Church’s position on the death penalty from permitting it in very rare circumstances to now deeming it completely “inadmissible” and violative of the “dignity of the person,” it reflected and reinforced a stunning decline of capital punishment worldwide in recent decades. In 1970, fewer than 20 nations were fully abolitionist. Today, more than two-thirds of the world’s roughly 200 countries have abolished the death penalty in law or practice. As a practical matter, executions are confined to a handful of nations. Five countries — China, Iraq, Iran, Saudi Arabia and Pakistan — carried out well over 90% of last year’s executions. The Pope’s emphasis on human dignity underscores the predominant rationale for jettisoning the death penalty: the growing consensus that state killing runs afoul of basic respect for human rights. But the utility of this premise is somewhat limited in the nations that still practice capital punishment, including the United States.

The shift in the Vatican’s position is likely to energize the movement toward global abolition, as the Pope called on Christians to work “with determination” toward the abolition of the death penalty worldwide. It will have most resonance for Catholics and might, for example, prevent President Rodrigo Duterte from reviving the death penalty in the predominantly Catholic Philippines. But the Vatican’s reasoning reaches beyond the death penalty. The Vatican explained in its official letter sent to bishops that modern punishments should aim to rehabilitate and socially integrate offenders rather than cast them aside as irredeemable. It wrote that societies today have alternative means to provide adequate deterrence and that therefore the death penalty is not necessary to protect life.

But the Pope is in many ways following the movement instead of leading it, and the Vatican’s message may be least influential in the 60 or so countries that retain the death penalty. These countries are generally less democratic and less committed to the protection of human rights. Many are authoritarian in their politics, and others reject the human rights frame as a Western project inimical to indigenous cultural or religious commitments. Some of the leading executing states, like Iran and Pakistan, fall into both camps. It is likely that the astoundingly rapid movement toward abolition of the death penalty worldwide has already claimed the low-hanging fruit. It may be a longer and harder battle to complete the project, and it may be waged more successfully on terms other than human dignity.

The United States falls into the retentionist camp, despite its commitment to democracy and its much-vaunted claim to leadership on human rights. Indeed, the U.S. is the only Western democracy that still retains the death penalty. But the death penalty in the U.S. has been declining dramatically over the past two decades. This decline is less attributable to claims of abstract morality like human dignity than to more instrumental concerns like efficiency and accuracy. Today, death-sentencing is down approximately 90%, and executions are down about 80% from their 1990s highs. Seven states have abandoned capital punishment during this period, putting the abolitionist total at 19.

In this moment of fragility, the Pope’s message may move the needle on abolition within America. A slight majority of the country’s 70 million Catholics reported supporting the death penalty in the years when the Vatican’s official position was “seldom” but not “never.” The Church’s new absolute prohibition may well prompt reassessment by the faithful. But the Vatican’s supporting rationale may dovetail powerfully with the practical cast of the broader American death penalty debate. The Vatican’s insistence that the death penalty is simply unnecessary is a nod to pragmatism over principle.

Changing attitudes might prompt a few additional states to abolish the death penalty, but nationwide abolition will come only with a decision by the U.S. Supreme Court. Here, too, changing attitudes are important. The Court’s test for when a punishment becomes “cruel and unusual” is whether it violates “evolving standards of decency.” For example, the Court has used this test to strike down the death penalty for offenders with intellectual disability and juvenile offenders in the early 2000s. The Court has also looked directly at the view of religious leaders in deciding when a punishment is constitutionally impermissible. The Pope’s pronouncement thus may make a constitutional difference.

The American death penalty stands at a critical juncture. It is more fragile than it has been at any time in past 40 years, but the U.S. Supreme Court is in transition with the retirement of Justice Anthony Kennedy and the likely emergence of a solid conservative majority. While the constitutional abolition of the death penalty is inevitable, the timing remains uncertain. The Pope’s teaching and call to action enhance both the short-term and long-term prospects for American abolition, which itself would galvanize the worldwide progression.

As it now stands, the U.S. seems like a glaring anomaly whose continued use of the death penalty reads like a pointed denial of the link between abolition and human rights. Leaders of other countries have exploited this discordant position, as President of Turkey Recep Tayyip Erdoğan did at a rally in Istanbul in 2016: “They say there is no death penalty in the E.U. … Well, the U.S. has it.” When the U.S. eventually abolishes capital punishment, other countries, whether democratic or autocratic, will no longer be able to justify their practices by pointing to the U.S.

Correction (Aug. 15): The original version of this story misstated the number of U.S. states that have abolished the death penalty. Nineteen states have done so, not 31. 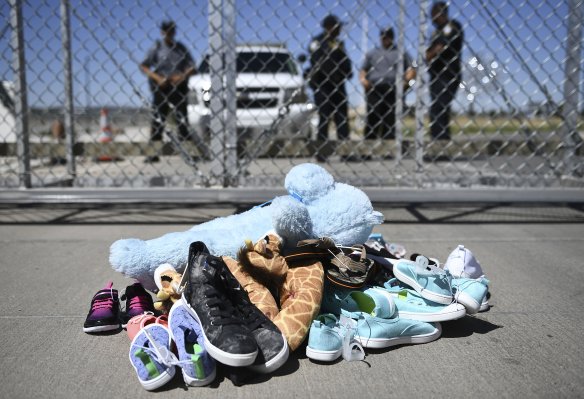 Why I Resigned From the Department of Homeland Security
Next Up: Editor's Pick