When you’re Oprah Winfrey, life is pretty good. When you’re Oprah at a photo shoot for the latest cover of your self-titled magazine, life is even better. In a new behind-the-scenes video from a recent shoot, Oprah was captured living her best life, dancing with relaxed, carefree joy to the popular Camila Cabello and Young Thug tune “Havana.” Dressed in a summery yellow tunic and dapper hat and sunglasses, the magnanimous media mogul looks truly in her element — helped along by an assistant manning a fan in the back of the outdoor shot to modulate the perfect amount of refreshing breeze. In such an environment, who wouldn’t be filled with joie de vivre? And like fellow icon Beyoncé before her, it’s apparent that Oprah’s dancing is always on beat.

After the O Magazine account shared the video, her fans were quick to comment on Oprah’s flawless performance. Some suggested that Oprah “even dances rich.” Others were thrilled to find that she’s a fan of the rapper Young Thug, as evidenced by her dancing to his verse on the song. Many were simply ready to note Oprah’s already-iconic dancing as a seminal summer mood. And Camila Cabello herself responded to the post, calling the video the “best form of celebration” to mark her hit song‘s one-year anniversary of release. “Oprah I love you so much!!!! [sic]” Cabello added, echoing the sentiment of fans who were blessed with this video.

While we may not all be able to receive material gifts from the generous Winfrey, content like this should make us all happy. Keep it up, O. 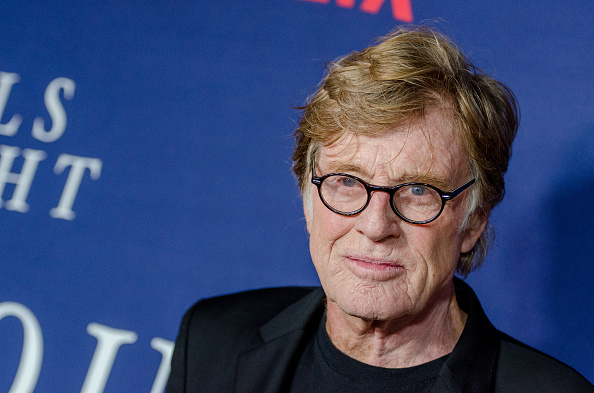 Robert Redford Says 'Well, That's Enough' to Acting With His Retirement Announcement
Next Up: Editor's Pick